Raymond Weil is one of the rare Swiss watch brands to have remained a family concern. The Geneva-based company, now in the hands of the family’s 3rd generation, continues to thrive in a highly competitive sector. Retrospective of a genuine success story.

In 1976 the Swiss watchmaking landscape had been devastated by the quartz crisis, which had erupted the year before leaving nothing but destruction in its wake. Nearly 60% of watchmaking companies and 50% of related jobs would disappear over the coming years. 1976 was also the year Raymond Weil chose to launch his own brand. Was he completely oblivious? He had just turned 50 and had extensive knowledge of watchmaking, and for the last 26 years he had worked at Camy Watches, most recently as managing director. However, a young scion of the owners, fresh from his studies in the USA, was looking to shake things up and impose his ‘modern’ vision. Raymond Weil decided not to stick around, and left to create his own brand. (Camy would vanish without trace a few years later. Before he even had a single watch to show, he forked out for a 16 m2 booth at the 1976 Basel Fair, just big enough to fit a folding card table and four chairs. This was the start of a unique family saga. Today the family’s third generation holds the reins of Raymond Weil, one of the few family watchmaking businesses left in Switzerland. This totally independent firm makes 200,000 watches a year, and has sales outlets in 139 countries. 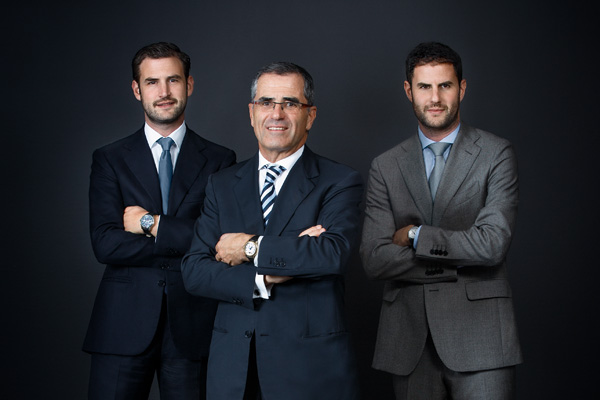 From left to right: Pierre, Olivier and Elie Bernheim

THE KEY TO SUCCESS

Raymond Weil very quickly found the key to success. His starting niche was the quartz watch: a high-quality quartz watch, a wide range of collections, carefully researched pricing, strong creative focus and a commitment to regularly bring out new models. This business model was backed up by two essential advantages: Raymond Weil’s amazing ability to get on with people, and his dogged persistence. In very short order, these qualities helped him build up a formidable international distribution network whose stability and integrity have carried it through the intervening decades. As his grandson Elie Bernheim, now the brand’s CEO, says: “The strength of personal relationships is vital. Even today I make an effort to meet our 3,500 retailers in person. This direct relationship and unwavering loyalty are all the more necessary today, when our partners are coming under enormous pressure from the major groups seeking to drive all competition out of the shop windows.” In order not only to maintain this network but to strengthen it, develop it and support it, Raymond Weil has passed through a series of stages that closely mirror the development of Swiss watchmaking.

In 1982 Raymond Weil brought in his son-in-law, Olivier Bernheim, who was to become CEO in 1996, and is today the company president. Olivier Bernheim had come from marketing, and would focus on giving the Geneva watchmaker a strong and recognisable identity, modernising its structure and organisation, developing new markets and investing in communication. A particular theme – music – would also emerge. One of the company’s first big successes was the Amadeus collection, which was launched in tandem with the eponymous Milos Forman film about Mozart. Since that time, the fertile territory of music (which, we should point out, is a genuine passion for the family) was to become one of the brand’s signature themes, as witness the plethora of collection names that borrow from the musical lexicon (Fidelio, Traviata, Toccata, Othello, Parsifal, Tango).

The brand identity gradually solidified, and its products became more focused. The products were refined, the number of references was slimmed down, mech- anical movements came back strongly and communication became more sophisticated (many people still remember the remarkable Precision Movements campaign of 1994, with its breathtaking images of dancers suspended, weightless, in the air). At no time, however, did the brand fall into what for many would turn out to be a dangerous trap, that of an unbridled race to the extremely high end. Quite the reverse: throughout the years, Raymond Weil has remained faithful to the quartet of values – quality, creativity, price and service – which have proved its greatest strength. In 1999 Raymond Weil opened an R&D department with the aim of gaining complete control over its designs and developing its own technical solutions. The gambit paid off, and a series of innovative models ensued, including the Don Giovanni Cosi Grande, a collection of automatic men’s watches, and the exclusive Two Time Zones complication.

The arrival in 2006 of Olivier Bernheim’s two sons, Pierre and Elie Bernheim, would mark the start of a new era. The third generation brought with them a more high- tech view of watchmaking, which led to the launch of new ultra-contemporary collections, further expanding the brand’s horizons. Watches such as the 46 mm carbon fibre Nabucco, water-resistant to 200 m, the Nabucco Cuore Caldo, a flyback chronograph, the men’s and ladies’ mechanical collection Freelancer and the women’s Noemia collection left no one in any doubt of the company’s watchmaking maturity and legitimacy. They were followed by the Maestro automatic collection, with moon phases, calendar functions, day, month and week or, very recently, the first Raymond Weil tourbillon, the Nabucco Cello Tourbillon. Does this herald a future move up-market? When Europa Star recently popped the question, Elie Bernheim left us in no doubt: “No, that’s absolutely out of the question!” he said. “We are staying in the CHF 800–3,000 segment, with our core range at CHF 1,000–2,500. I will never move away from that, it’s our affordable luxury niche. The tourbillon was mainly about image management and flexing our muscles.” 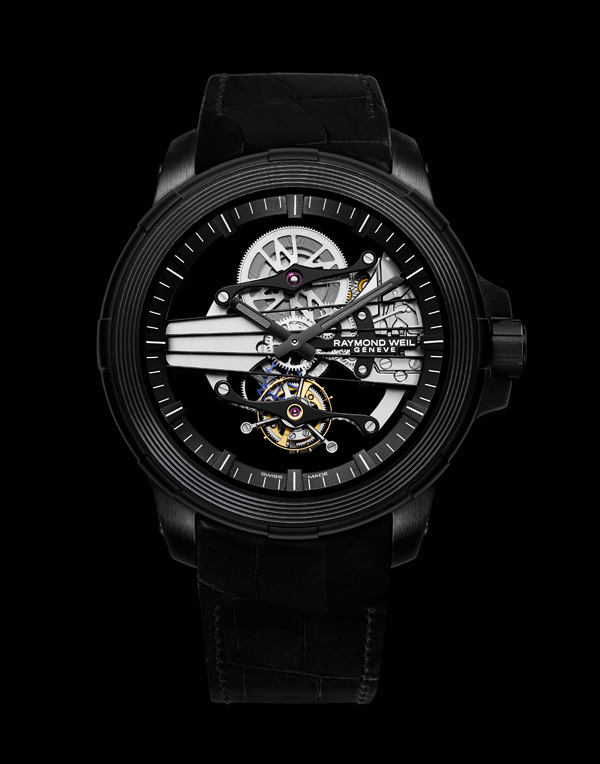 As the global economic situation continues to cool down and many companies feel obliged to adjust their pricing downward, the course set by Raymond Weil, who had the foresight to resist the temptation to aim for unlimited upward mobility, looks more judicious than ever. And it will no doubt enable the 3rd generation of the family to embrace the future with confidence.