ANNIVERSARY: Century - Half a century in sapphire


ANNIVERSARY: Century - Half a century in sapphire

For 50 years the family company Century has specialised in producing elegant jewellery watches, calling upon an exceptional material, sapphire, whose hardness is surpassed only by that of diamond, for its cases. It looks to be a safe bet, as the future of the industry seems to be increasingly relying on the wrists of women.

Hans-Ulrich Klingenberg, the founder of Century, had a dream, which quickly turned into an obsession: like a few other Swiss watchmakers of course, he intended to create a timepiece of eternal beauty, but he also longed to develop a completely water-resistant case. After all, this was one of the main challenges of the industry in the 1950s. The young inventor was fascinated by a diagram of an experimental system designed by Otto von Guericke, a 17th century German scientist who was an expert in the physics of vacuums. Von Guericke had designed the first system that could evacuate all the air from within two hemispheres assembled to form a sphere. The vacuum was so effective that 16 horses were unable to separate the two halves. 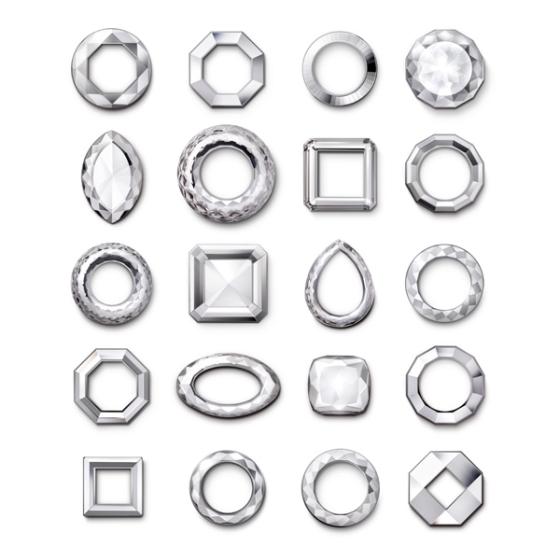 For Klingenberg this was a revelation, and he saw it as a system that could be translated into watches. The result emerged at the end of the 1950s, when he designed a watch case made from a single piece of metal, where the glass was held in place against a flat joint solely through the pressure exerted by the external air. The mechanical movement was sealed inside the vacuum and protected by mineral glass and a crown whose stem featured no fewer than three seals with a “dynamic” effect. To this day the system remains the only watch case design that is assembled to form a permanent vacuum. Hans-Ulrich Klingenberg quickly turned this dream to profit, commercialising the exclusive technology for a variety of watch brands. In 1966 he launched his own brand, which he named Century, with the ambition of “creating timepieces with an eternal beauty that outlasts the centuries.” The businessman continued to study the properties of “everlasting” materials. In 1968 he developed the first watch case made from boron carbide, nicknamed “black diamond” – the only colour in which it then existed. Sapphire, now firmly anchored in the brand’s DNA, is the second hardest mineral after diamond (9 on the Mohs scale, where diamond has a value of 10). Its aesthetic qualities are not to be overlooked – particularly its colours. The variant baptised “Century sapphire” has become the brand’s mineral of choice, allowing all the possibilities of shape, cut and colour that are available with jewellery gems.

Since 1993, the brand has been managed by his son Philip Klingenberg, who had the idea of sculpting sapphire cases into “time gems”, with high-level craftsmanship for the hand-cutting and polishing and by using machines with diamond-faced tools. A new range of complex faceting for sapphire watch cases and new colours were introduced: ruby red, emerald green, and a purple similar to amethyst. Century was heading into a promising sector: women’s watches, which constitute the majority of the brand’s portfolio today. To celebrate its 50th anniversary, Century is launching a “virtuoso” piece featuring 224 facets (the highest number so far on any of its sapphires). It is also unveiling a new patent-pending watch case construction system, the “Nacrilith”: this highly complex technique seals mother- of-pearl within a sapphire case.