EUROPA STAR ARCADE: Jacob & Co. - The sky is not the limit


EUROPA STAR ARCADE: Jacob & Co. - The sky is not the limit

For decades now, he has been supplying jewels to Jay-Z and other stars of American showbiz. But this last decade, the famous New York jeweller Jacob Arabo, founder of Jacob & Co., has put much effort into legitimising his approach to watchmaking, delivering several absolutely astounding timepieces in succession. 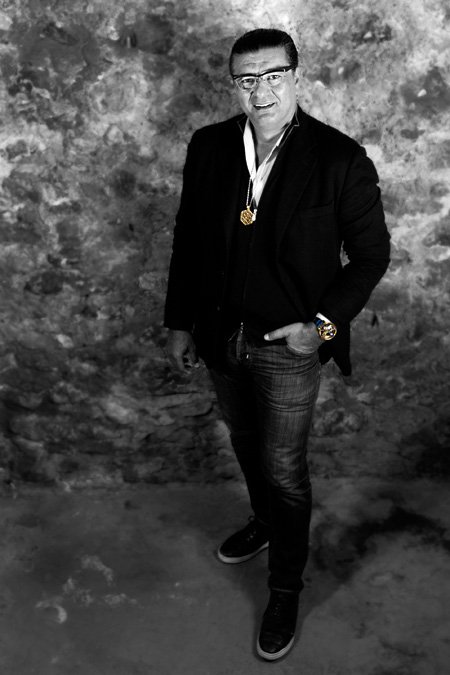 The most emblematic of all has to be the Astronomia Sky, the latest version of which was unveiled at Baselworld this spring. And indeed, in this extraordinary model everything moves! Above the celestial dial, the oval sky indicator reveals the portion of the firmament visible from the Northern hemisphere. This indicator makes a full rotation in one sidereal day, which is the time the Earth takes to rotate once on its axis (23.560916 hours). At the centre of the satellite’s axis, a lacquered, hand-engraved globe in titanium rotates on itself, sheltered by a tinted sapphire crystal dome symbolising day and night. 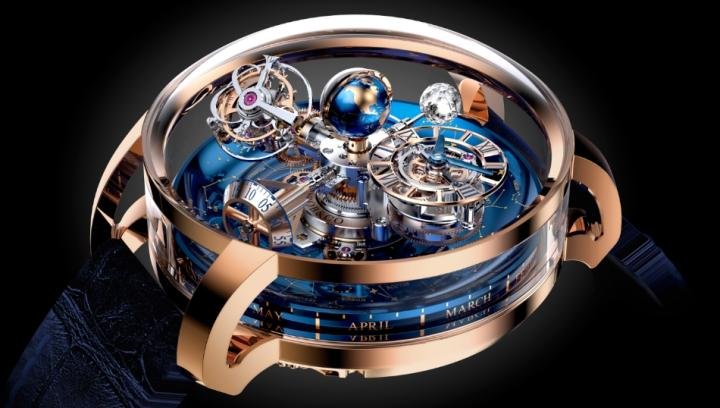 “The idea behind this three-dimensional watch is to see the Earth from the cosmos. All the elements rotate in this model, which resembles a spaceship. It’s inspired by satellites and reflects a strong statement: the world is yours”, enthuses its creator. “When I wanted to go into horology, I started by travelling to Switzerland to visit the manufactures and identify potential partners,” remembers Jacob Arabo. But I was regarded as an outsider, nobody wanted to talk to me!”

He persevered in order to produce real Swiss watches… The legitimisation is under way: “Also, I was lucky enough to meet a really genial watchmaker, the only one who told me that what I was imagining was possible, whereas all the others were intimidated.”