When you meet Frédéric Jouvenot, the first thing you notice is his vitality, he who could so easily boast of a watchmaking career which has been both rich and unwavering. After working for Minerva, and founding the movement development company Concepto, he decided to launch his own watchmaking company, in much the same way as other great behind-the-scenes geniuses of his generation. 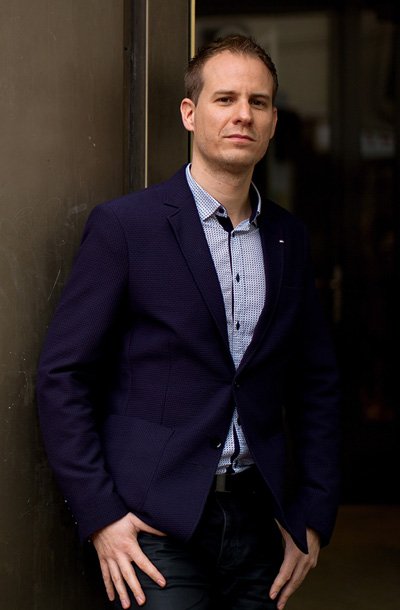 His signature collection was launched in 2010. The concept: a mechanical sundial with 24 jumping hours. “Each ray displays two sides which make an instantaneous half-turn every hour to indicate the day or night time,” the creator informs us.

“This system is inspired by the movement of the sun and the shadow thrown by ancient sundials (refer to the diagram). The challenge was to miniaturise the case while allowing enough space for the rays and the complex mechanism.”

THE COMPLETE TRAJECTORY OF THE SUNDIAL OVER 24 HOURS
SUNRISE: from midnight to midday, the dial is progressively illuminated; every hour, one ray lights up.
SUNSET: from midday to midnight, the dial is extinguished; every hour one ray is switched off.

Sun gods are omnipresent in a multitude of civilisations – Frédéric Jouvenot has exploited this fact to create the numerous models of his ingenious system: Helios for the Greeks, a model made of titanium with a black DLC coating and a negative dial which evokes ancient geometric designs; Inti for the Incas, a model made of pink gold with a bezel ornately engraved with representations of Macchu Picchu, which also includes twelve shapes in the form of pyramids in the dial between each sunray; Surya for the Indians, an extremely colourful model for ladies made of white gold in which all the sunrays are replaced with flower petals; Amaterasu for the Japanese, a model in red and white reminiscent of the Japanese national flag. “My objective is both to unite people with different cultural backgrounds and to create the sundial of the 21st century with a state-of-the art mechanism!”