Rebirth of a legend in the French watchmaking industry! Last year, ZRC relaunched its scuba diving model Grands Fonds 300M, first seen in 1964 and used by the French Navy. The mother company Zuccolo- Rochet, based in Annecy, currently specialises in the manufacture of straps – and it is under the initiative of Georges and Charles Brunet, representing the fourth generation, that ZRC is unveiling its new ambitions. 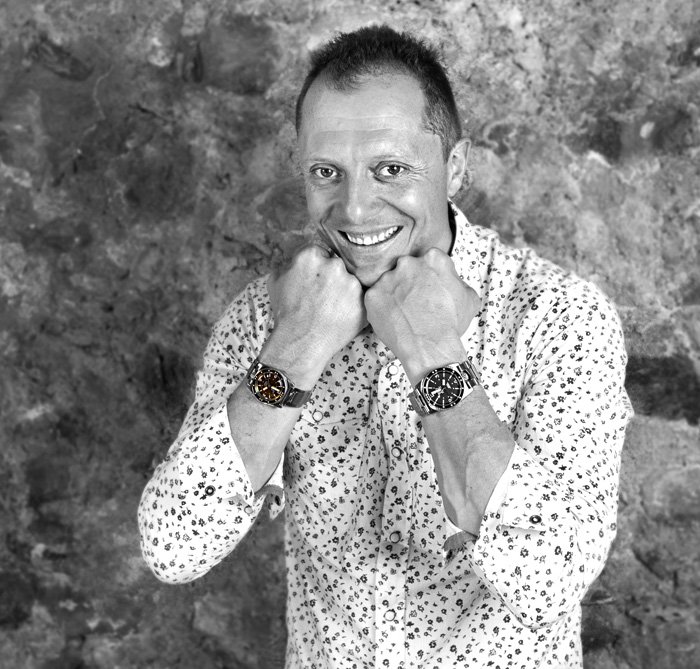 The brand brings back fond memories for vintage watch enthusiasts. The reproduction of the GF 300 is practically identical to the original model, give or take a few details. The size for example, as trends have changed: the diameter has increased from 37 mm to 40.5 mm. “My instructions to the designers were clear,” continues Georges Brunet. “The customers must see this reedition as a natural evolution of the original model.” The calibre itself has remained the same, as the timepiece is governed by ETA 2824- 2, successor to the original 2472, with a power reserve of 38 hours. 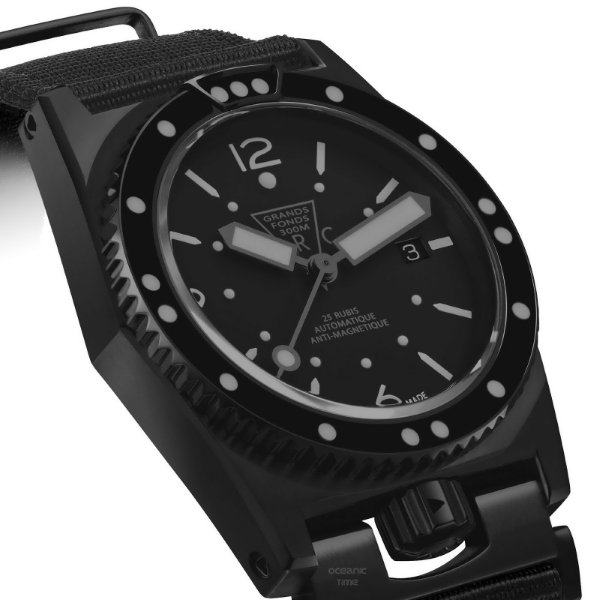 The Grands Fonds 300 is reproduced in a number of models: Steel, Black Phantom Full DLC, Choco, with steel, leather or NATO strap (for a price ranging from 2,390 to 2,990 euros) and even a limited edition of ten pieces made of 18kt solid gold, already sold out at 29,900 euros. All contain the patented innovations upon which the exceptional reputation of their glorious predecessor was based. It includes the Easy Clean System for cleaning the bezel, but also the Crown Protection System, making it impossible to take the watch back underwater without having returned the crown to its initial position – an incident that scuba divers know all too well.

The NATO strap offers the advantage that, instead of passing behind the watch, and thus covering the mechanism, it is composed of two parts and therefore has the appearance of a leather strap. “We rediscovered this system which the company had already developed in the 1960’s!”