ALL ABOUT WATCH STRAPS

by Serge Maillard and Inès Aloui


ALL ABOUT WATCH STRAPS

by Serge Maillard and Inès Aloui

While all eyes are usually on the dial, the least-considered component of a watch is a crucial part of the timepiece and can call for no fewer than 80 manufacturing stages. We present what watch straps are all about and a selection of the market players. 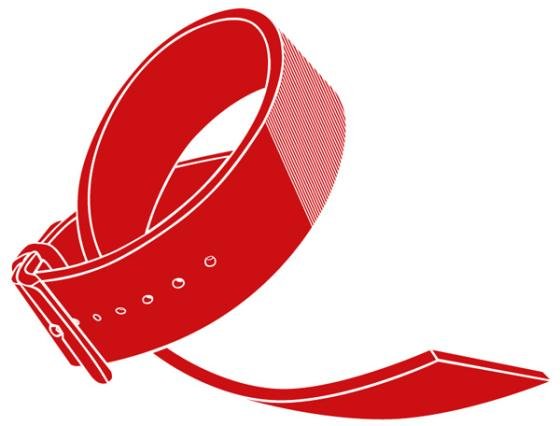 Like watchmakers and all the watchmaker suppliers, watch strap manufacturers are being directly hit by the consequences of the crisis currently affecting the industry. Fewer watches sold by the brands, unsold stock, a reduction in the number of watches produced and, consequently, fewer orders for watch straps. Locked in a vicious circle, strap producers are strapped.

But that is not the only challenge facing them right now: another thorny problem for the players in the watch strap industry is the ever more complex legislation, such as the REACH convention (standing for Registration, Evaluation, Authorisation and Restriction of Chemicals). Imposed by the European Union since 2007 to protect consumer health and the environment, this includes standards that often prove costly to apply for watch strap manufacturers. For example, the leather that goes into watch straps must undergo specific tests to ensure it does not exceed a certain threshold of any chemical substance which is potentially harmful to consumers. This is impacting leather tanning and processing and can affect quality, much to the dismay of the manufacturers.

Yet it is true that even before REACH, straps were already subjected to numerous tests –resistance to UV, dry and wet rubbing, dirt and even twisting and stretching, to cite a few. It is difficult to determine exactly how much these tests cost, but off the record some brands are talking about at least 1,000 euros for a simple test, which does not even guarantee that the whole batch is compliant.

Another convention with which strap manufacturers have to comply is the Convention on International Trade of Endangered Species (CITES). The aim of this agreement is to ensure that trade in wild plants and animals does not threaten the survival of the species. It lists nearly 34,000 plant and animal species. CITES provides a certificate proving that an animal was hunted legally and not poached. Watchmakers are demanding this valuable certification ever more frequently in a bid to control the origin of all the materials they use. One African crocodile species, Niloticus, which is highly valued for watch straps, made the headlines a few years ago following a report showing its violent capture and killing, denting the image of the major watchmaker groups. Where alligator skin is concerned, in the interests of their image the brands tend to source their supplies from the United States, where the regulation on trade limits potential excesses. Consequently, manufacturers are having to juggle between legal obligations, brand demands and difficult market conditions. Europa Star met some of these unknown artisans who have been doing vital work for the watchmaking industry and its millions of customers ever since humans decided to take their watches out of their pockets and wrap them around their wrists.

THE WATCH FILES Not always intuitive to fasten, the clasp is often a stumbling block for the owner of a new watch. So the best thing is to be prepared. But why are there (...)

Ladies’ watch straps are fed up of playing the weaker sex. They’re back with a vengeance, and with designs, materials and concepts – that have potentially (...)