The sun is shining on Martin Braun


The sun is shining on Martin Braun

Martin Braun’s fascination with the sun and his talent for complex mathematic calculations have resulted in a range of complicated timepieces that include functions such as sunrise and sunset times, the earth’s cycloid orbit and the elliptical orbit of the earth around the sun. Braun’s latest collection, the Notos, displays a rare and intriguing sun declination indication that could prove more useful than you may think.

The Notos is the fourth collection in Martin Braun’s EOS family. As you remember from your Greek mythology lessons in school, Notos was the son of Eos and Astraios, and brother to Boreas – all members of Braun’s ‘complicated’ family. 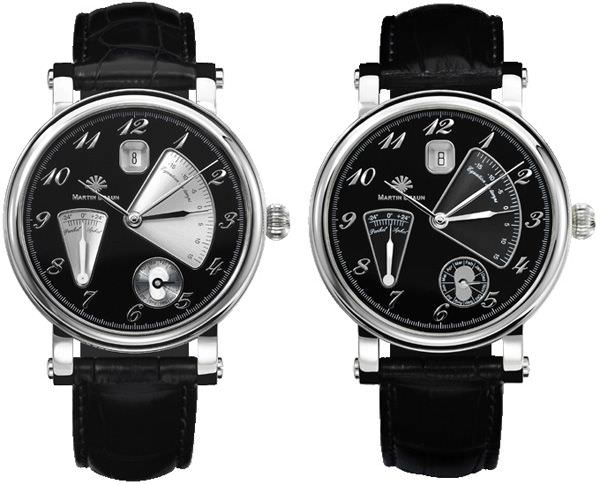 The main feature of the Notos is its sun declination indicator, positioned between seven and nine o’clock. “The declination is a logical consequence of sunrise, sunset, the equation of time and a world position indication, which I have done before,” explains Braun “One of the missing indications was the declination.” It was used in ancient star maps to locate stars and works by showing the angle between the rays of the sun and the plane of the earth’s equator. As the angle between the earth’s axis and the plane of the earth’s orbit is nearly constant, the sun’s declination varies with the seasons as the earth makes its yearly orbit around the sun. Its value follows an annual sine-wave-like curve, varying between 0º at the equinoxes and ±23.4º at the solstices. It has positive values when the sun is above the equator (summer in the Northern hemisphere) and negative when below.

In addition to the sun declination indication, there is an equation of time gauge spanning almost a third of the right side of the dial. Thanks to a control disc with a fan-shaped display, the equation of time is extremely easy for you to read. As the equation of time disc already contained the month, Braun was easily able to incorporate a month indicator, between five and six o’clock, as well. These three displays are balanced by a date aperture at 12 o’clock. 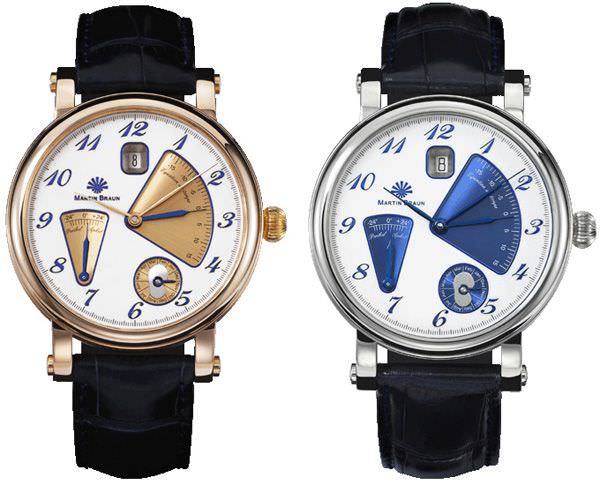 Braun has given equal attention to the aesthetics of the dial by using semi precious stones. The black dial is made of highly polished black onyx and the white dial comes from Cocolong stone found in South America. Both organic stones give an effect that could not be obtained by any paint or lacquer work.

The Notos is certainly a rare timepiece all around. For those who are good at mathematics, it is actually possible to work out your latitude using the sun declination reading, so if you are lost in the middle of the ocean, it could be the next best thing to a GPS. But if you don’t get much further than the office, don’t despair, some astrologists claim that high degrees of sun declination can affect human behaviour. Some people achieve great things, while others tend to go a little crazy, so keep a watchful eye on your colleagues when the hand hits the + 23.4 degree mark, it could prove interesting!