With intelligence, a sense of humour, and in the spirit of timekeeping, a new brand has entered the middle range of the watch market. Its name is Marvin.

With intelligence, a sense of humour, and in the spirit of timekeeping, a new brand has entered the middle range of the watch market. Its name is Marvin.

The recapture of the mid-range market by Swiss watchmakers, which had largely abandoned this sector, now seems possible again. Several factors have come together to help create these new opportunities. The furious move up-market by most of the established brands, which are taking advantage of the fascination for mechanical watches and the appreciation of timekeeping ‘values’, has freed up new space for what we can call ‘fine watches’. This segment of quality timekeeping is somewhat distanced from the overcrowded sector known as haute horlogerie.
This observation was not lost on CÉcile and Jean-Daniel Maye, owners of Time Avenue (which also owns the license for Nina Ricci watches). They have, in a skilful and very professional manner, created an original and powerful strategy to re-launch a brand that is part of the Swiss timekeeping heritage: Marvin.

“The quintessence of what we know how to do.”
Established in 1850 in the Bernese region of the Jura mountains, this brand (which took the name of Marvin at the beginning of the 20th century) enjoyed many successful years under the leadership of five generations of the Didisheim family before passing to the Manufacture Suisse RÉunie Group (which also owned Revue Thommen and Vulcain). It was later transferred, under license, to Italian manufacturers before being definitively closed in the middle of the 1990s.
Time Avenue acquired the disinherited brand in 2002. “It was the quintessence of what we know how to do,” explains Jean-Daniel Maye, “as much from the point of view of the brand’s culture as from its history and patrimony.”
Over a four-year period, Time Avenue analyzed the market and trends, defined its strategy step-by-step, developed its products, and designed a communication plan. “We thought about the first valuable object, the first patrimonial object, that a person receives when young. It is a watch, one that is not too expensive but beautiful, contemporary, and creative, while being classic enough to endure. This is a fairly large niche but, when all is said and done, a niche that not too many people are active in,” adds Maye.
In other words, theirs is a ‘fine watch’ that combines quality and traditional attention to detail while offering a very contemporary styling and design. “We wanted to create emotion,” explains CÉcile Maye, who is particularly involved in the design of the timepieces. “This is not at all about ‘fashion’ but rather we wanted to offer a ‘real watch’,” she adds, “by offering a great deal of attention to timekeeping detail (for example: the crown, the hallmark PoinÇon de MaÎtre is engraved on the case, the edges of the horns are bevelled, there is a high level of polishing and detail on the dial etc.). We also wanted a type of watchmaking that is playful, fresh, seriously fun, but never boring. At the same time, it has to be elegant and refined, yet not exclusive.”


New codes
For the launch of the brand, 46 models are being presented, of which one-third are mechanical pieces (notably a Valjoux 7750 chronograph) selling at retail prices ranging from CHF 880 to 3600, and two-thirds are quartz watches, priced between CHF 450 and 1500. All the watches are offered in two sizes and have interchangeable straps (on lugs). They all share the same styling codes of a red lining on their straps and the number ‘8’ in red or an index in red. (The reason, from a watchmaking point of view, it seems, for the red coloured 8 is a secret that has been sealed and delivered to a notary for safekeeping. It will only be revealed in 50 years.)
This particular spirit, showing both its playful and watchmaking sides, has been infused into the brand’s entire launch plan. It is seen at the product level, of course, but also in its communication. The attractive visuals of the product have amusing titles such as ‘Please disturb’, ‘Black tie optional’, and ‘Do not dry clean’, all forcefully demonstrating the new spirit of the brand as well as its particular market positioning.
The packaging has also been clearly planned and takes into consideration the environment, since all elements are re-usable: the guarantee card can be transformed into a luggage tag; the soft fabric bag can be used as a cover for a laptop computer or travel bag; the box can be used as a storage container. Everything has been made with the ‘new’ consumer in mind—a nomad or one avid for discovery—which the brand calls ‘Transit Consumer’ or ‘Trial Consumer’. Marvin also hopes that these new consumers will be ‘responsible’ and that they will freely participate in a mother/child humanitarian project called ‘8 for Kids’ sponsored by the brand and the respected Swiss organization, Terre des Hommes.

A name that resonates
With an investment of five million Swiss francs, the launch took place in November 2007 in sixteen countries at the same time. They are Switzerland (15 points of sale), the Gulf countries, Russia, Ukraine, Poland, Turkey, China, Hong Kong, Taiwan, Egypt, and India. The brand is aiming for gradual and careful distribution, whose expansion will not encroach on the brand’s desire to remain independent.
The goal is to produce 7,000 pieces in 2007, gradually moving to 40,000 watches in the next five years. The brand also enjoys an added advantage. The name ‘Marvin’ resonates well in all languages, seemingly like it has always been there. 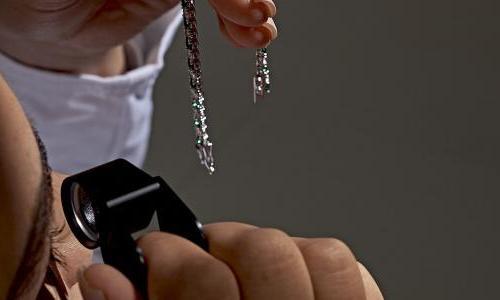