Bremont – taking on the world


Bremont – taking on the world

At this year’s BaselWorld, the English boys, brothers Nick and Giles, introduced the ALT1-WT world timer watch. Originally developed for C-17 Boeing Globemaster crews around the world, the timepiece was so well received that Bremont decided to make it in a civilian version.“It took a good 12 months of development to get the dial and the new case for it,” explains Nick English, co-owner of Bremont. “The Globemaster crews wanted something different to wear, but they wanted it to be a fine watch and chronometer certified.”“The way it was done exclusively for them, they have 24 bases they fly out of so we listed the airline codes for their bases; we redesigned it for the civilian version,” he continues. “For the military version, this was a watch which we took beyond boundaries. Many companies just take an existing watch and stamp their name on the dial, and we designed it for them. It has a retro look to it and I love the clarity. It is really robust—it has a great inner bezel on ball bearings which click around. You can set the watch to GMT and just call off the time zones from the bezel.” 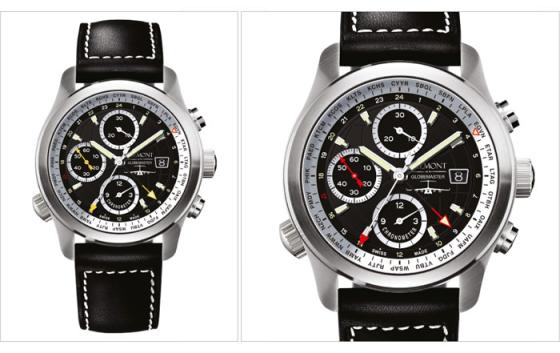 Into the futureBremont had a busy 2011 and the brand is looking to continue its success in 2012. “Business is really going well,” Nick English says. “America has really picked up for us, the Caribbean as well. England is very special and doing very well. With the military, we are doing well—we delivered to another six squadrons in December and we are doing the same in January 2012.“We are definitely looking for more retailers,” he continues. “In America, we are in about 30 retailers and we could easily be in 100. We are in Hong Kong, but China is a very costly market to enter. There are a lot of countries we are not in yet. A lot of tourism hits London and Hong Kong, so people from all around the world are buying our watches. We deliberately went into America and Asia (except for China) first, but we still have to expand our presence in Italy, Spain, France.”