Da Vindice, after the barometer


Da Vindice, after the barometer

Da Vindice made the headlines in 2010 with its astonishing first product, a tourbillon barometer. Putting such an instrument in a timepiece, which hadn’t been done since the 19th century in mechanical watchmaking (Casio was the first to make widespread use of this function in its multifunction quartz wristwatches), the young Geneva brand thus started out with an innovation. Technically, the barometer comprises a hermetically sealed capsule with a partial vacuum whose walls are held in place by a spring. The vacuum area is affected by changes in atmospheric pressure and its movement is transmitted mechanically so that it can be read off a scale on the dial. The thickness required for this implementation has dictated the size of the case. The Da Vindice Tourbillon Baromètre is thus an imposing and thick tonneau-shaped watch, 54.9mm wide and 59.5mm high. On a layered display, from bottom to top, it offers the barometer, then the central tourbillon and, sharing the upper third of the dial, the hours and minutes, a date pointer and a power reserve scale. The complex face, traditional in some aspects, also incorporates a contemporary grammar in its structure. 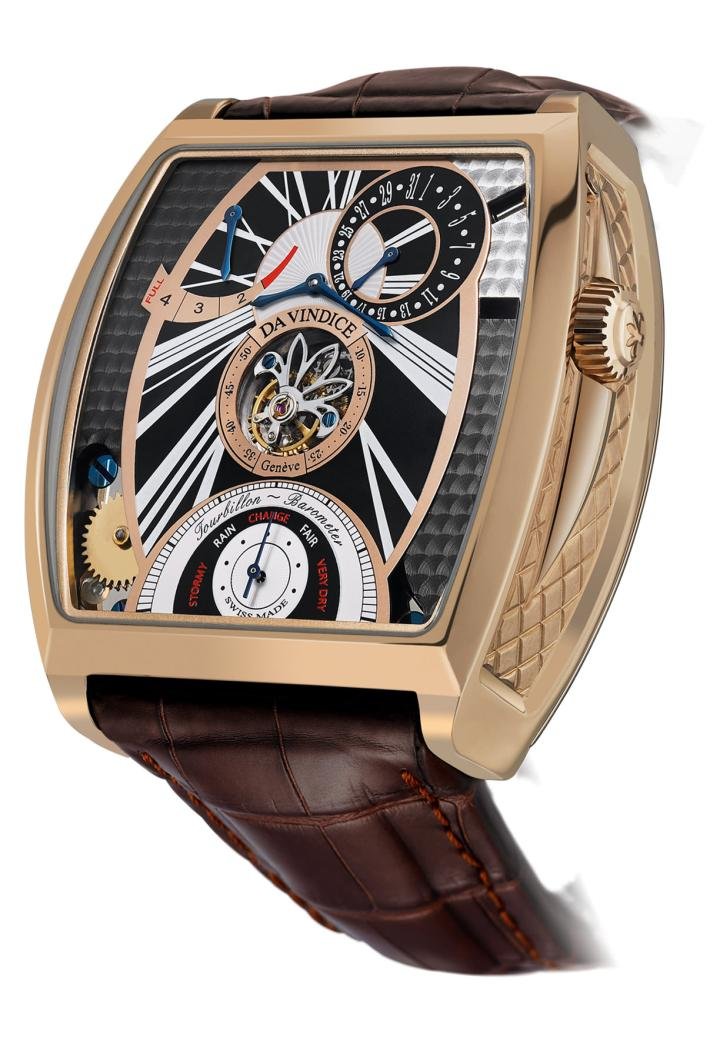 The baroque aesthetics of this piece are also found in the latest offerings of the brand established by Cosimo Vindice, who introduces himself as “self-taught and atypical, a descendant of a long and ancient line of men marked by a freedom of expression, creativity and research". His original idea had been to design an exceptional object to launch his brand. But this object gave birth to a—more affordable—collection that today reaches maturity two years later. The same stylistic codes are therefore found in the two new collections, the Race Challenge tourbillon and chronograph: tonneau shape, lateral grills, big Roman numerals, architectural dials.

Worth taking a closer look, for the first time, in Basel.