Letter from England - ENGLISH BY NAME and by nature


Letter from England - ENGLISH BY NAME and by nature

Brothers Giles and Nick English are the archetypal English gentlemen with the names to match. Born of a Royal Air Force pilot, they have had aviation, and historical aircraft in particular, in their blood from an early age. A visit to the company’s new headquarters, which are housed in a beautifully converted sawmill on the outskirts of Henley-on-Thames, to the west of London, usually includes an excursion to the nearby West London Aero Club for a flight in one of the brothers’ vintage aircraft. They have succeeded in combining this passion with their love of watches to create a brand that is quintessentially English, yet paradoxically named after the small French hamlet of Bremont, where they once crash landed in a farmer’s field in one of their historic aircraft.

Bremont has gradually carved out a niche for itself with a reputation for highly resistant chronometers based around the aviation theme. What started as a few requests from pilots in the odd squadron around the world has now grown to represent some 30 per cent of the brand’s business. Bremont has supplied watches to pilots of the U2 reconnaissance plane, the B-2 bomber, the B-52 bomber, the Apache helicopter and the C-17 transport plane, to name just a few.

The brand’s remaining business is filled with “civilian” versions of the timepieces supplied to these squadrons, as well as limited-edition pieces for which Bremont has co-opted the trend first launched by Romain Jerome of incorporating elements from historical items into its watches. The first of these was the “Victory” watch launched last year, which featured copper and wood from HMS Victory, the only remaining 18th century ship anywhere in the world and the oldest serving warship still to be in commission. 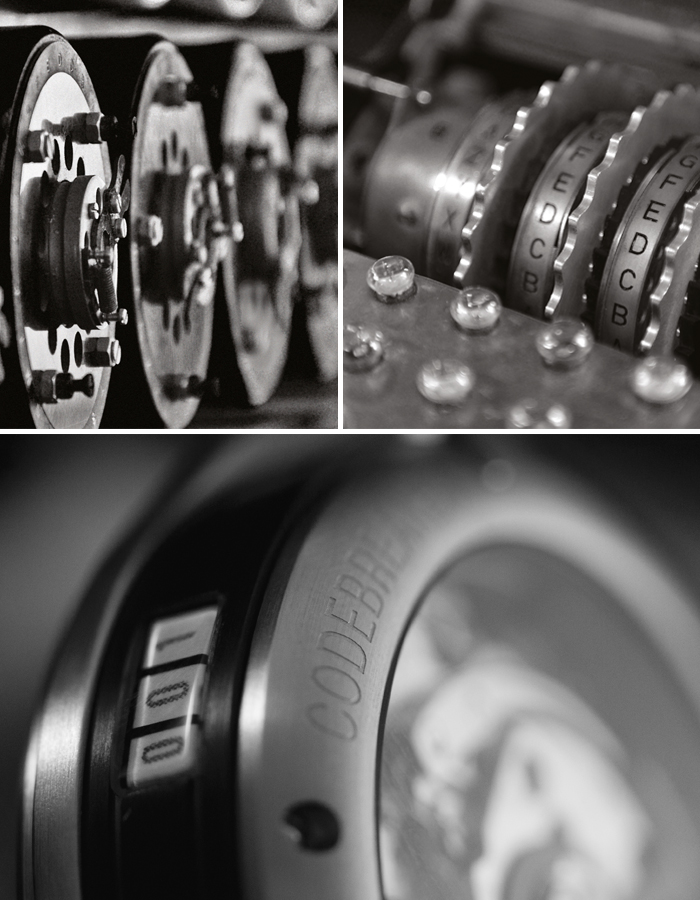 CODEBREAKER
Above left: The code-breaking machine at Bletchley Park - Above right: The rotors of the Enigma machine - Below: limited edition number made from individual punch card numbers from Bletchley Park

Bletchley Park, an hour’s drive from London, was the setting for the launch of the brand’s latest limited edition. It is the home of England’s codebreaking operations during the second world war and its true significance only came to light many years after the war because of the constraints of the Official Secrets Act. So ingrained was the need for the utmost secrecy at the time that one of the surviving veterans who worked at Bletchely Park during the war, who was present at the launch, will still not divulge what she did during the war because it is “secret”.

Suffice it to say that activities at the park are said to have reduced the length of the war by up to two years. Pioneering developments by the brightest scientific minds working at Bletchley during the war (the site was home to a workforce of some 10,000 people) included the eletromechanical machine, dubbed “The Bombe”, that was developed by Alan Turing to find the settings for the German Enigma machines, whose three rotors allowed around 158 trillion different permutations for encryption. 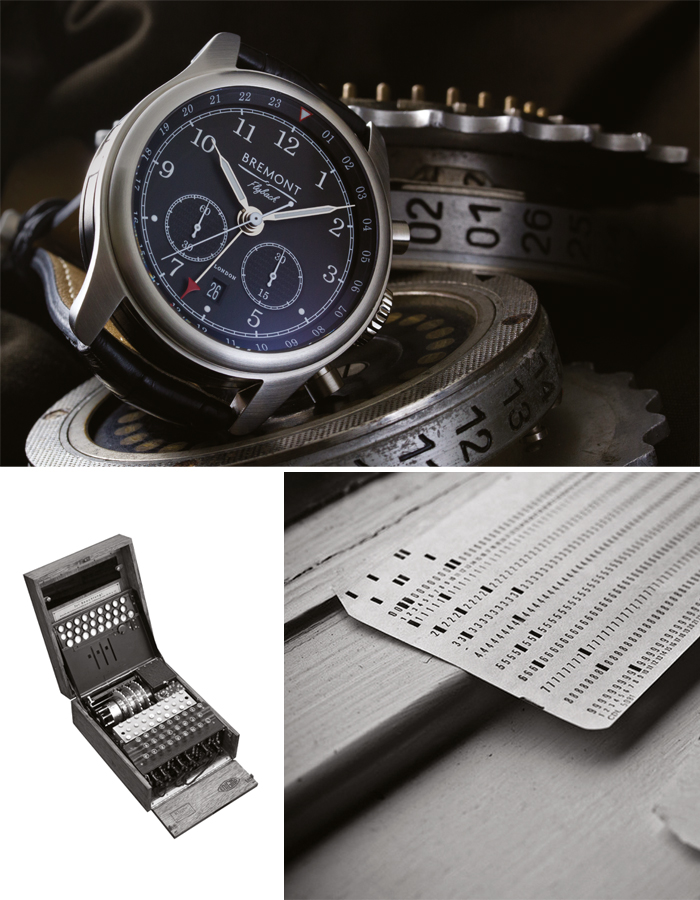 Surrounded by officers in second world war uniforms, as well as original Allied military vehicles from the same period, it was left to Winston Churchill (or someone bearing a strikingresemblance to him) as the evening’s master of ceremonies and Captain Jerry Roberts, MBE, a senior cryptanalyst who had worked at Bletchley during the war, to unveil the new Bremont Codebreaker watch. Produced as a limited series of 50 in rose gold and 240 in stainless steel, the watch is equipped with a brand new LaJoux-Perret movement with a flyback chronograph and GMT function, which is known to Bremont as calibre BE-83AR. Each watch features parts from an original German Enigma rotor (used, quite fittingly, for the watch’s rotor), pine from the floor of Bletchley’s Hut 6 embedded in the crown and a limited edition number visible through the side of the case that is composed of individual numbers taken from some of the few remaining original punch cards that were used to operate the codebreaking machines. With this new limited edition, Bremont further underscores its British credentials, at the same time helping with the restoration of Bletchley Park by donating some of the proceeds from the sale of the watch to this heritage site.

The launch of the Codebreaker watch also coincides with what is likely to be the dawn of a new era at Bremont. Having beaten thousands of entrants to be named overall national winner of Global Connections 2013, a prestigious award funded by the HSBC bank, Bremont has had its efforts recognised at national level and, more importantly, received a significant overdraft facility that came with the award. Plans to bring back to England the functions currently carried out at the brand’s workshop in Switzerland are already at an advanced stage and the English brothers are in discussions with UK suppliers who are capable of stamping metal components to within tolerances of one micron for use in watchmaking. It may be sometime yet before we see Bremont producing its own movements, but with the brothers’ clear strategic vision and their canny knack of capturing the British spirit, Bremont looks set for a promising future.