Ever since the company was founded in 1997, Urwerk has been a pioneer in new independent watchmaking. Exploring the realm of hour satellites like no other brand, offering this unusual complication in more than one form, Urwerk has broken new ground in watchmaking, in both technical and aesthetic terms. But while we have often been able to admire the strange and futuristic machines telling the time that have left the Urwerk workshops, we have never stressed enough the fact that the approach of Felix Baumgartner and Martin Frei also has a purely horological justification. Because, beyond these effects of form, the purely horological quest for precision has always been at the heart of Urwerk’s concerns. With this in mind, the brand recently unveiled highly original research into adding “intelligence” to a precision mechanical timepiece.

PERMANENT CHECKS INTEGRATED INTO THE MOVEMENT

Urwerk has already explored the interactivity between the watch and its owner, in particular with the different “control boards” fitted to its timepieces, which allow the wearer to adjust, for example, the self-winding function according to their activities (in the recent UR-210). But in its EMC laboratory project, Urwerk takes things a step further. Their stated aim is not only to create a very precise watch but also to be able to test and adjust its rate in real time, at any time and in the simplest of ways by the wearer. In other words, it’s as if the watch’s rate is being permanently monitored. 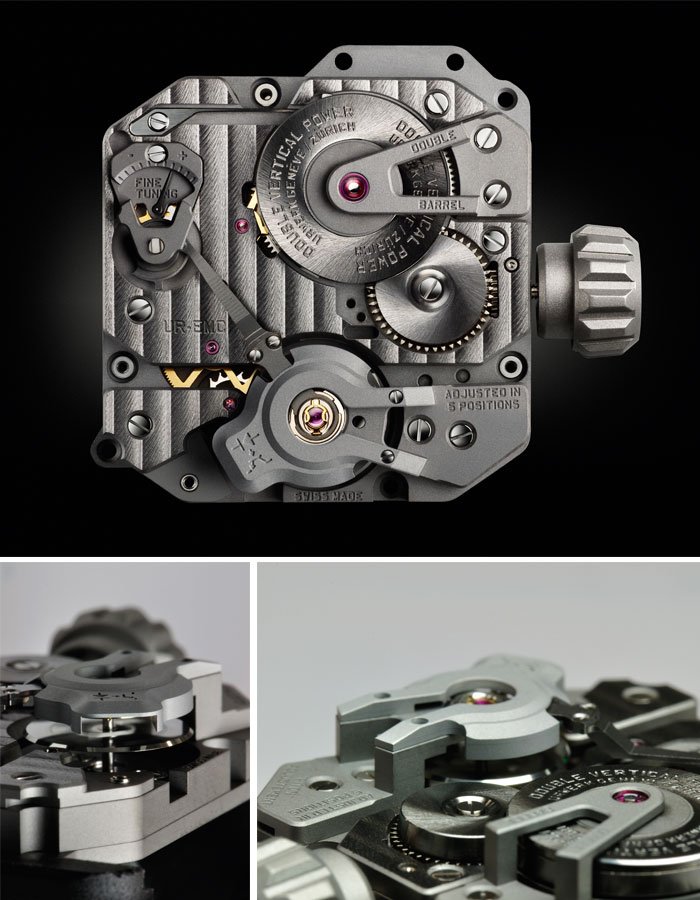 EMC and the ARCAP balance wheel

Until now, this type of monitoring could only be done by machines (the famous Witschi machines) that only watchmakers have. What’s more, these machines do not monitor the watch on the wrist. Urwerk therefore conceived a system of monitoring using an optical sensor with a direct link to the balance. Timed by an electronic oscillator with a frequency of 16,000,000Hz, a very high-precision reference frequency, this optical sensor records the oscillations of the watch’s balance wheel, which oscillates at 28,800 vibrations/hour, or 4Hz, in real time. A form of “artificial intelligence” (in this case an electronic circuit) calculates the difference between the rate of the movement and the reference oscillator. All that remains is to convert this information into a readable display for the wearer and allow him to adjust the watch as accurately as possible based on the information received.

But precise measurements require precise architecture. In order to make the information readable, the watch’s mechanics had to be entirely redesigned. The most spectacular transformation is on the balance wheel. Made out of ARCAP, it has a perfectly linear morphology with optimised aerodynamics to reduce any loss of amplitude. The stability and linear performance of the watch have been improved by the use of a double barrel that is assembled vertically on the same axis, which delivers its power from an 80-hour reserve. An adjusting screw accessible from the outside of the watch can be used to adjust the rate precisely via the index by adjusting the active length of the spring.

At the moment, the EMC only exists as a blown-up prototype and grouping these elements together inside a compact case is the next challenge for Urwerk. You may well ask whether this is moving away from purely mechanical watchmaking. After all, don’t the optical sensor and the electronic circuit need an electric power supply? Of course. But it is not supplied by any run-of-the-mill battery but by a manual generator in the form of a winding key that chargers a capacitor powering the monitoring functions of the EMC.

See the final watch in our news item dedicated to the EMC by Urwerk.