“Revelation”, the name says it all, demonstrating the unique approach of two experienced watch designers who share their workshop as they share their life: Anouk Danthe and Olivier Leu. 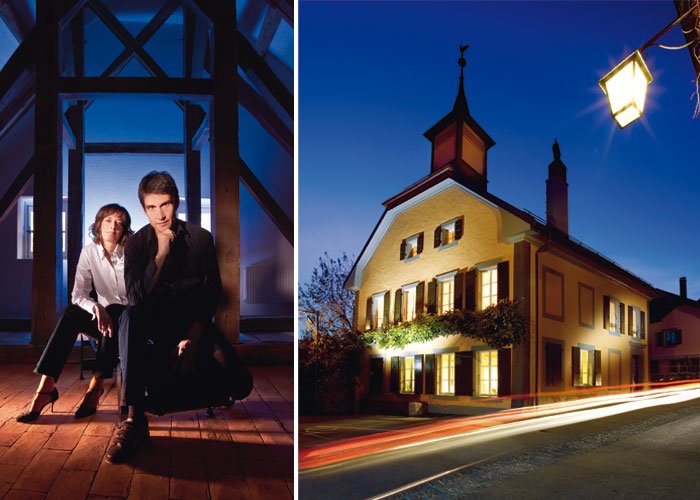 As with any approach, it started with an observation. “Stylistically, contemporary watchmaking is divided into two main dominant categories: on the one hand black, sober or muscular watches; on the other, watches that show of their own movement,” they note. 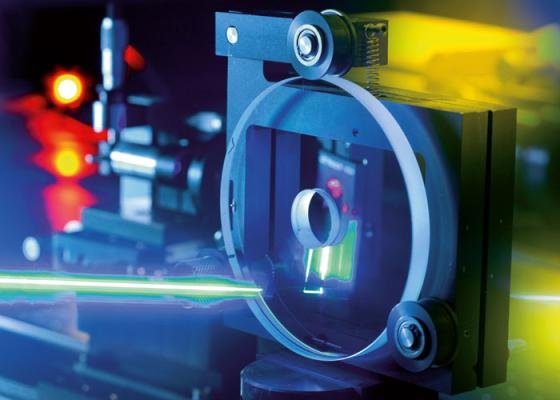 So they asked themselves: “What if we did both at the same time? And what if a watch could at the same time have an understated face yet reveal the engine that drives it?” Is that such a crazy idea? In theory, yes it is. But there are butterflies in this world and their wings have a structure that modifies the properties of the light waves that they reflect. This phenomenon is called polarisation. Some butterfly wings that look like they are full of vibrant colours are in fact transparent or grey. It is the reflection of light as it strikes nanometric structures that gives the appearance of colours. Polarised glass, like in the sunglasses with the same name, increases contrast and therefore allows us to better discern variations in light intensity, according to their level of polarisation. Eureka!

A WATCH WITH TWO FACES

By superimposing two quartz optical discs with three-dimensional nanometric channels invisible to the naked eye and by making them pivot against each other at an angle of 45°, light waves can either be blocked or allowed to pass. So you can have a totally opaque black dial or, by pivoting the disc to allow the light to pass through, you can have a “revelation”: you will see the movement beating beneath the dial (it’s a bit like looking through invisible blinds that you can open and close). And thus you have two watches in one, which Revelation refers to in its patent as the “hierachisation of information in a watch using the laws of polarisation.”

From that point, five years of development were required to produce the watch. The highly delicate nanometric production of the polarising discs was entrusted to the Centre Suisse d’Electronique et de Microtechnique (the Swiss Centre for Electronics and Microtechnics, CSEM), a Neuchâtel-based laboratory focussing on cutting-edge research (the CSEM was instrumental in applying silicon technology to the regulating organ of a watch). But since there is a “revelation” of the movement, the movement itself has to warrant such a theatrical revealing. After brushing aside a few set-backs due to the bankruptcy of constructor BNB, to whom the two designers had entrusted the implementation of their first movement, Anouk Danthe and Olivier Leu decided to develop their own movement. To do this, they brought together a technical task force: an engineer, two veteran watchmaking specialists, one specialised in escapements and gear trains, the other in barrels. Together they designed a regulating organ that borrowed from both the tourbillon and the carrousel. They called it the “tourbillon manège” (which literally means “tourbillion merry-go-round” in English). What is specific to this design is the special positioning of the escape pinion, the lever and the balance, all of which are mounted on a flying mobile bridge. On the extremity of the “merry-go-round”, at the opposite end to the regulating organ, a small 18-carat gold ingot acts as a counter-weight. This configuration leaves a lot of space for the balance, which has a distinctive shape with three double spokes. The “merry-go-round” is held between two wheels assembled on the central axis, which means that it rotates once every minute. The entire assembly, which oscillates at 21,600 vibrations per hour, is powered by four barrels assembled in series that offer a manually-wound power reserve of 48 hours. The spectacle is therefore assured. All the more so, given that all components, which are manufactured by more than 40 different subcontractors spread across the Jura region, are finished and decorated in accordance with the highest standards in watchmaking: bevelling, chamfering, drawn edges, “droplet” shaped drill holes to show off the sparkle of the jewels, micro-beaded mainplate, superbly drawn bridges, personalised screws, gear teeth with a specific profile, custom-made index assembly… We can safely refer to this movement as a genuine “manufacture” movement with an undeniable exclusivity.

FROM THE FLIP-UP COVER TO THE TURNING RING

In mid-2011, Revelation unveiled its first model, the R01. It was a watch with a hinged cover, fitted with the “Revelation System”, which allows the glass to pivot by raising the bezel and therefore to transform a vertical movement into a rotating movement: an endless screw connected to a differential drives a ring on which the glass is mounted. This case, which is a complication in itself, consists of 71 elements, machined individually by CNC from one and a half kilos of gold for a 154 gramme case. Only fifteen were made and all have been sold. 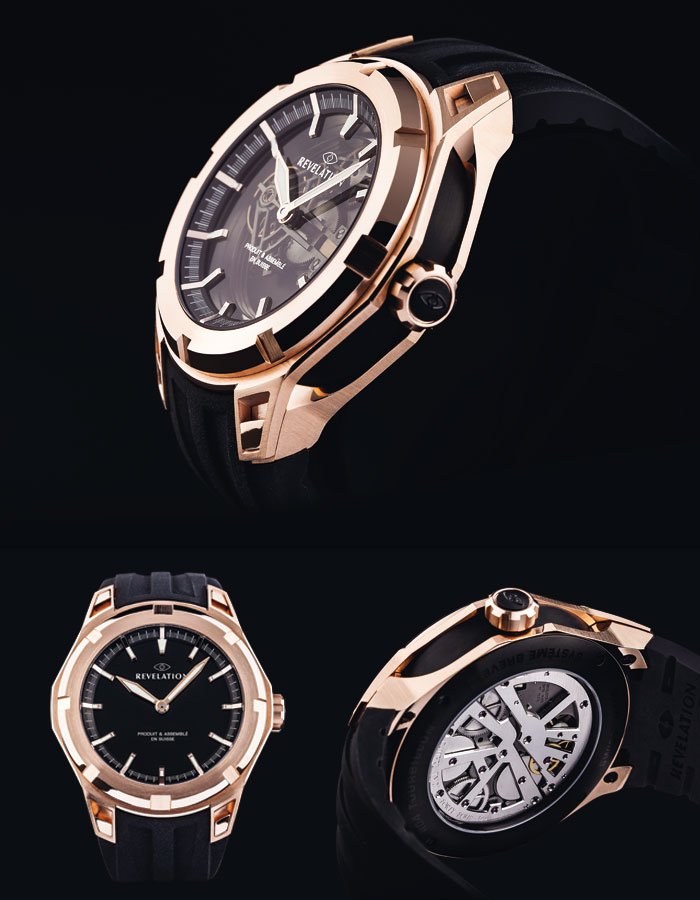 The R04 WATCH, aka the TOURBILLON MAGICAL WATCH DIAL

But Revelation wanted to go even further, because the flip-up cover system has to be raised to reveal the movement. So the next model had to be even more versatile and wearable with both its faces. Presented at BaselWorld this year, the R04 watch, aka the Tourbillon Magical Watch Dial, fitted with a similar merry-go-round tourbillon, offers a very elegant solution: a simple rotating ring allows the polarisation to be changed to switch in an instant from a deep black dial to an elegant tourbillon beating under a glass that looks slightly smoked.

A GENUINE BRAND, NOT A ONE-SHOT PRODUCT

But Revelation does not just want to content itself with a tourbillon movement, as beautiful as it may be. The two designers are determined to make Revelation a genuine brand that offers a range of products. In collaboration with Dubois Dépraz, they have developed a chronograph movement with a personalised design and presented flyback versions in rose gold and titanium at BaselWorld. Extending the collection also allows the brand to reach a new type of customer, with more modest means. Because while the “merry-go-round tourbillon” sells for between CHF 160,000 and 220,000, the simple chronograph with the “Revelation System” rotating ring retails for under CHF 15,000 or around CHF 18,000 for the flyback chronograph in titanium. The young brand is aiming to open far more than the handful of points of sale it has at the moment (Switzerland, Italy, Spain, UK, Hong Kong and Japan in the near future) and intends to increase its sales from 100 pieces in 2012 to 1,000 in the medium term. In today’s tough retail climate, this is a real challenge for this young brand, which can only build up a solid network with specialist retailers who are prepared to take the time to explain these timepieces, which really need to be handled by the customer to experience their exceptional magic. But Revelation has a number of assets and there is still a lot of potential for the polarising technology. The avenues of research into nanometric structures reflecting colours seem very promising, for example. But the product pipeline also includes an automatic three-hand watch that could lend itself to all sorts of “revelations”: a logo, a text, a drawing, a specific decoration, or even an erotic image could be shown or hidden at will.

At lunch with… Romain Gauthier