The revelation of a brand


Emile Péquignet, founder and ingenious creator of the brand based in Morteau, has just handed over management to a new team, a team that will develop the brand while conserving its genetic code… The story of a metamorphosis.

The revelation of a brand

Emile Péquignet, founder and ingenious creator of the brand based in Morteau, has just handed over management to a new team, a team that will develop the brand while conserving its genetic code… The story of a metamorphosis.

As he prepared for retirement, Emile Péquignet could have transmitted his brand, savoir-faire and exceptional collections to a large enterprise, even a watch group. However, his preferance was that it should remain independent. As it happened, another person from Morteau and also a watch lover, Didier Leibundgut, stepped up and decided to continue the work of this creator.

Irresistible univers of Watch and Jewellery 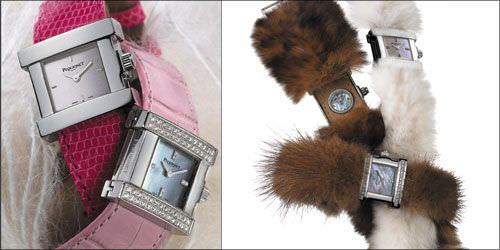 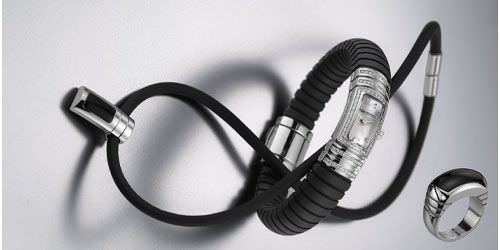 
Didier Leibundgut intends to develop the brand based on its existing lines. Above all, however, he wants to maintain and even strengthen Péquignet’s identity, its genetic code, so to speak. “What exists is already so rich. Its products generate such a magic that they must be continued… You can be sure that we are going to develop these icons,” insists the new owner. Founded 30 years ago, Péquignet is now undergoing a metamorphosis, a transformation that is in harmony with its past.
Didier Leibunbdgut likes to talk about the brand’s genes, but what are they exactlyı Let’s say first of all that they possess an essentially feminine identity, a femininity that is accompanied by an undeniable reputation for creativity. Didn’t the Péquignet collections win the ‘Cadran d’or’ trophy for their designs not less than five timesı Last but not least, the brand has an exemplary savoir-faire and high levels of quality and reliability. The proof can be seen in the return rate for its products, which is less than 1.5% under their three-year guarantee. Who else can claim thisı
In this respect, too, each watch has an individual quality control number. “This is quite normal. Here, we have always sought excellence in excellence,” proudly explains Leibunbgut in the Morteau headquarters. This is also where the Swiss movements for the watches are assembled. The brand’s principal collections, however, are assembled in Switzerland.
In a word, Péquignet represents a successful marriage between Swiss Made and the French Touch. What this means is that this type of Haute Couture watchmaking places these luxury objects within the reach of everyone, or nearly everyone. The entry level price of each watch collection is around ¤1000. For Didier Leibundgut, who says he hates the elitism due to money, there is no question of changing the brand’s positioning.
In the future, he says, Péquignet will evolve based on its icons, beginning with its famous family of interchangeable ladies’ timepieces. According to the mood and desires of the woman who wears them, the ‘Caméléone’, ‘Sorella’, and ‘Lady’ models can interchange their bracelets, which are available in a seemingly limitless array of materials and colours. To each, her own style. The Caméléone, inspired by the Art Déco period is light and timeless. The urban and active woman is attracted to the youthful and dynamic Sorella collection. The larger, stone-set Lady timepiece, with its more distinctive lines, falls into the Haute Couture class.
Now added to this ‘interchangeable’ category, are the soft curves and elongated lines
of the ‘Massaï’ collection, whose elegance admirably accentuates the feminine wrist. The Massaï also contains a collection of bold and youthful jewellery.
Péquignet remains more than ever faithful to the Mooréa, which has made its reputation and success, and which is available in ladies’ and men’s versions. For the latter, the chronographs, despite their large size, are still just as elegant as before.
To emphasize even more the value of its jewels, Péquignet has created a new display, which will soon occupy a place of honour at the brand’s loyal retailers. You can bet that, under these conditions, others will soon follow. And this is good. While Péquignet is very present in France, Portugal, Belgium, Holland, Luxembourg and the Middle East, it remains rather unknown in countries such as Germany, England, Italy, the United States, China and Asia in general. The wonderful journey begun by this small regional enterprise, independent from the large groups, an enterprise that knows so well how to translate beauty into watchmaking, will continue to unfold.