2015 Powerful Year Ahead for Orient

2015 Powerful Year Ahead for Orient

The business scene in 2014, notably the latter half of the year when circumstances such as the rapid drop in crude oil prices caused uncertainty in the global economy, proved to challenge the steady growth of the overseas businesses of ORIENT WATCH.

However, it was a year of greater growth for our business in the Japanese market. Sales of ORIENT STAR, a brand synonymous to automatic watches, have seen significant and consecutive annual increases owing to the success of the new models. Inspired by the concept of “A Shining Star”, our ORIENT STAR brand of authentic automatic watches was developed in 1951, one year after our company’s founding. With technology proven over our long history and a sophisticated design, we have developed diverse model varieties, including the World Time and Retrograde. 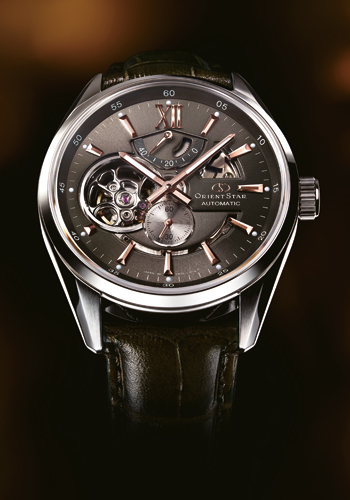 The series is comprised of two lines: Contemporary Standard and Classic. The Contemporary Standard line offers, among other models of varying design, a lineup that includes Chronograph, GMT and Retrograde designs. They deliver value worth far more than their price tags, winning great acclaim as men’s watches with high quality and advanced features.

2015 is also an important year, as the 65th anniversary of the founding of ORIENT WATCH CO., LTD., for which we plan to release commemorative models. One such model is the special edition of the ORIENT STAR Modern Skeleton, which was released late last year to popular acclaim. It symbolizes a perfect combination of color tones, coordinating a beautiful brown index with matching rosegold indices and a stainless steel case with a rose-gold bezel. Paired with a stainless steel bracelet, 2000 units of the model will be released worldwide in September 2015. 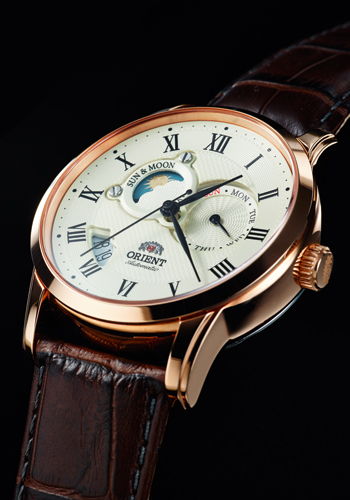 The other limited-production model will be a special edition of ORIENT’s popular model, the SUN & MOON, which has received worldwide acclaim. The series has a mechanical movement that features a three-hand calendar, a small day hand and a 24H day and night dial displaying moving symbols, which indicate the sun and moon phases. Our special edition model of the series distinguishes itself from the regular models with two color types, rosegold and gray, and a leather bracelet for both. 3000 units of the model will be released worldwide in October. 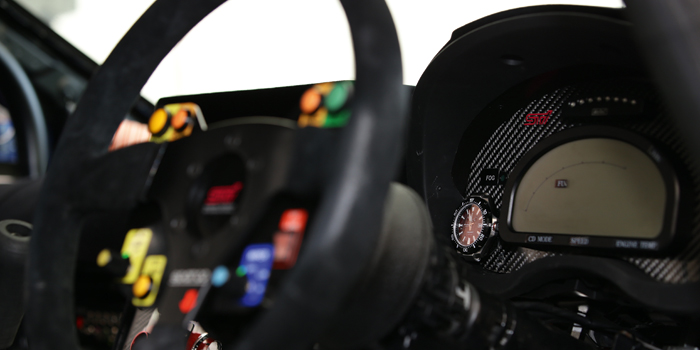 Aside from the commemorative editions, we will also be releasing other appealing models. For example, ORIENT is sponsoring the efforts of Subaru Tecnica International Inc. (STI), the motorsport division of Fuji Heavy Industries Ltd., at the Nürburgring 24-Hour Race. We will equip the vehicle with our M-FORCE watch, developed with a strong mechanism that is able to withstand the rigours of speed and impact that are sustained during a challening race. Based on the very first M-FORCE model, launched in 1997, the 2015 edition will take on a larger size to meet contemporary trends. It also has stronger appeal in its durability and high water resistance, which are the fundamental features of M-FORCE. 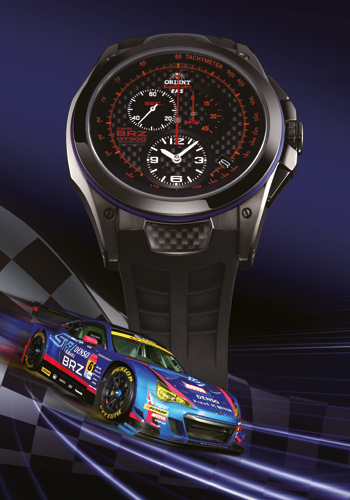 As for our quartz series, we will release Speedtech, a limited edition model developed through collaboration with SUBARU BRZ GT300, featuring power-generating quartz movements. This high-tech quartz model stands on technological innovation representative of a maker of mechanical watches, providing fans of Japan-made watches with what they have come to expect. Moreover, in 2015 we will focus on channeling our efforts in marketing to ensure more consumers become aware of the appeal of the ORIENT and ORIENT STAR brands.