Since its creation in 1983, the Casio G-Shock has fully earned its reputation as an icon of contemporary watchmaking at its most cutting-edge. Over the last few years the G-Shock has increasingly embraced the concept of analogue display. The use of traditional hands (driven by independent micro-motors) has not only opened up new possibilities in both functional and stylistic terms, by increasing legibility and allowing more options for hierarchical display; it has also introduced the watch to a wider public, who appreciate its unprecedented blend of high-tech, toughness and formal elegance. 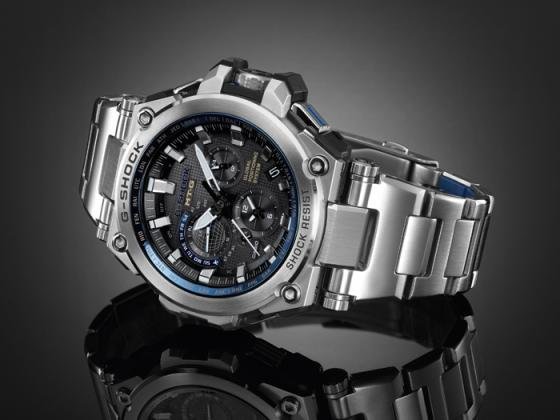 In 1999 Casio introduced a new series, the G-Shock MT-G, the initials standing for ‘Metal-Twisted’. Its ingenious shock-resistant structure incorporates two radically different materials: stainless steel and urethane. Urethane is an organic molecule that can be made into plastics with a variety of textures and hardnesses, with many applications in industry. Casio’s engineers were able to reproduce the complex forms of the G-Shock case in this composite structure by using MIM (Metal Injection Moulding) technology. From the year 2000 Casio began producing a series of models, such as the MTG-500, with striking designs combining coloured resins within a metal case. Several years later, in 2007, the first MTG-1000 appeared. This model incorporated two technologies in an unusual way: radio-controlled time functions with automatic time correction, and a solar charging system that converted light into kinetic energy, thus ensuring the functional stability of the watch. In 2013, Casio brought out an even tougher model: the MTG-S1000, featuring the innovative Core Guard Structure. The bezel was securely bonded to the case back with four tiny stainless steel pipes, and a new hollow structure provided increased protection to the module it enclosed. Advanced shaping and soldering technologies were used to strengthen the lugs, which bear the brunt of the intense pressure exerted on this crucial joining point between case and strap. 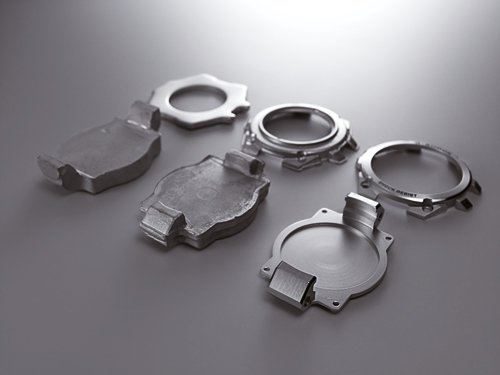 Casio’s new MTG-G1000, the latest in the MTG series, features a series of spectacular innovations, making it probably the most advanced, toughest, most innovative and most aesthetically refined of the G-Shocks.

The G-Shock MTG-G1000 is the first watch in the MT-G series to be equipped with a GPS hybrid wave captor system driven by solar power. GPS hybrid means that the watch is equipped with two complementary systems, enabling it to display the exact time anywhere in the world, under any conditions. This performance is made possible by the use of time-calibration signals from GPS satellites combined with terrestrial radio-controlled signals, which are quickly analysed and adjusted for daylight saving time at the current location. This technology uses an original GPS algorithm, which divides the earth’s surface into a grid of 500m units. Information transmitted to the satellite from the watch enables its location to be evaluated with high precision. By analysing areas that share the same time zone and daylight saving time, the time can be adjusted almost instantaneously. This GPS Hybrid system is also complemented by reception of Multiband 6 terrestrial radio signals, enabling the time to be set even inside buildings or in built-up areas. Signals are received from six transmission stations covering Japan, North America, Europe and China.

A FUSION OF STRENGTH AND BEAUTY

In addition to its remarkable onboard technology and despite its ability to withstand the toughest conditions, the G-Shock MTG-G1000 is supremely elegant, with a remarkably refined aesthetic. It has been finished to the highest standards, giving it a classic, architectural and contemporary look. Metallic surfaces on the case and bracelet, mirror-polished using the ‘Sallaz’ technique, alternate harmoniously with touches of deep blue, such as the ion-plated cities ring, and the blue resin inserted in the metallic parts of the bracelet. The dial, protected by a high-visibility scratch-resistant sapphire crystal, is highly readable despite the rich variety of indications it displays. Bold 3D indices punctuate the exterior of the dial, giving a remarkable illusion of depth. The hands, carved out of a carbon-fibre based material, are so light that they have been made bigger and even faster. The G-Shock MTG-G1000 must be a major milestone in the ongoing saga of G-Shock icons.

In addition to this unprecedented performance, the MTG-G1000 is equipped with other remarkable new features:

New Core Guard Structure The central module, the brains of the watch, is better protected than ever. As in the previous model, the module is set into a metal frame that secures the bezel to the case back by means of four tiny stainless steel tubes. An internal case made of composite resin inside this framework protects the module from direct shocks and a slim resin shock absorber between the bezel and the case acts as a form of suspension, considerably attenuating shock impact. 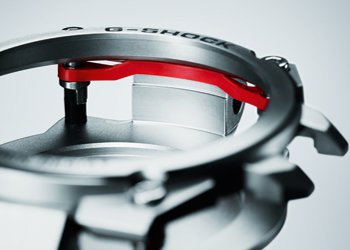 Triple G Resist In order to achieve the greatest possible toughness, the watch is equipped with a specific structure not only to reduce shocks but also to attenuate centrifugal force and vibrations – the three types of gravitational acceleration. 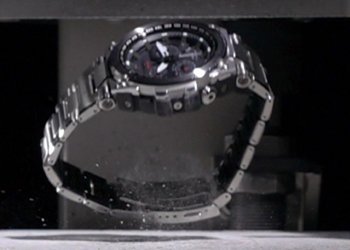 Dual Dial World Time: 2-city simultaneous time display Home time and local time are displayed simultaneously on both the central hands and on a subdial, making it possible to read off the time in two locations at a single glance.

High-brightness LED light The dial can be illuminated by means of an LED light source, which makes it easy to read in any conditions, even in absolute darkness. 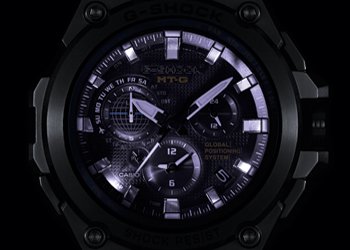