A moon for days and nights


In 2002, the Lange 1 Moon Phase enriched A. Lange & Söhne’s most successful watch family with a model featuring the popular astronomical complication. It has now been endowed with a new movement and takes a particularly realistic approach by combining the moon-phase display with a day/night indicator.

A moon for days and nights

In 2002, the Lange 1 Moon Phase enriched A. Lange & Söhne’s most successful watch family with a model featuring the popular astronomical complication. It has now been endowed with a new movement and takes a particularly realistic approach by combining the moon-phase display with a day/night indicator.
T

he arrangement of the display is based on a new, particularly realistic concept. A separate solid-gold moon pursues its orbit in the foreground. Behind it, a celestial disc – also made of solid gold – performs exactly one revolution every 24 hours. On the disc, the different times of day are represented by varying blue hues caused by interference effects. During the day, it shows a bright sky without stars, while at night it depicts a dark sky with prominently contrasting laser-cut stars. Thus, the moon always orbits against a realistic background that doubles as a day/night indicator when setting the watch. 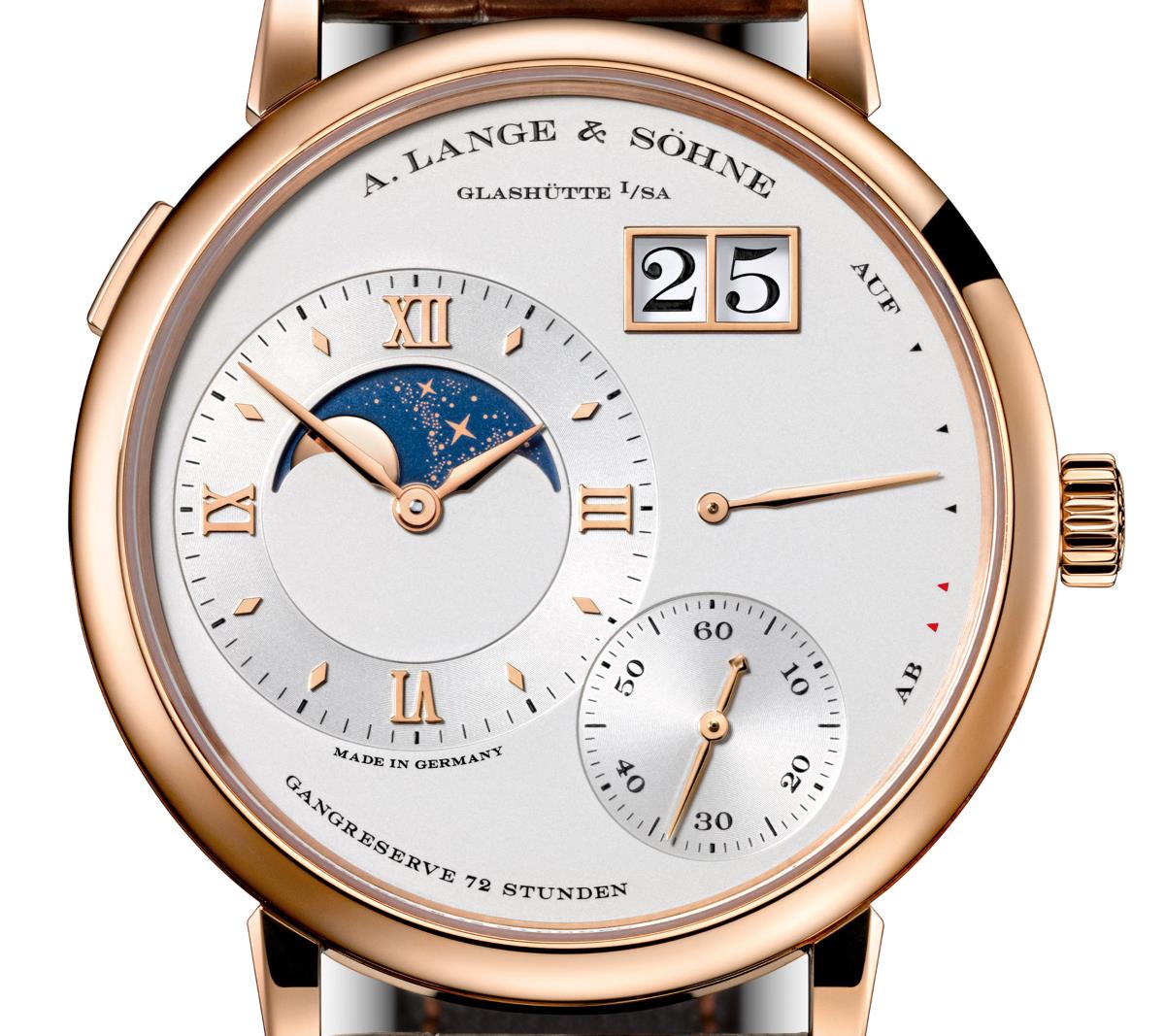 This 20th Lange calibre with a moon-phase display is based on the Lange 1 movement introduced two years ago, and it has the same performance attributes. This includes the characteristic twin mainspring barrel with a maximum power reserve of 72 hours and the precisely jumping outsize date display. The Lange 1 Moon Phase also features an escapement with a cam-poised balance and a free-sprung Lange hairspring. Suspended beneath the hand-engraved balance cock, it beats with a frequency of 21,600 semi-oscillations per hour. 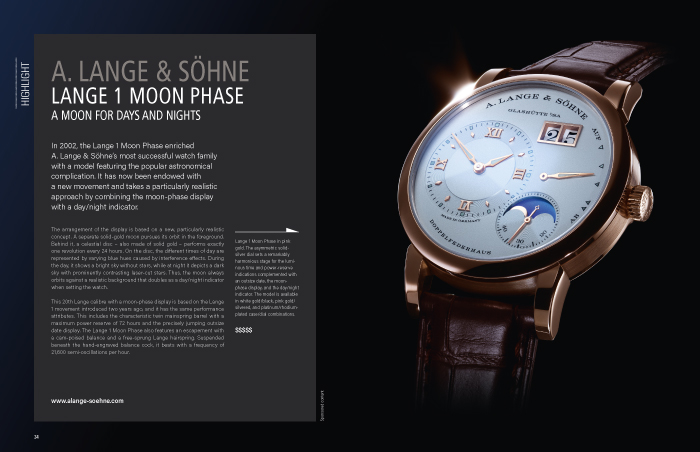