SAILING WITH THE BEST


Delma Shell Star Automatic aboard the New York Vendée Race, probably the toughest and loneliest 10 days a human being can experience.

SAILING WITH THE BEST

Delma Shell Star Automatic aboard the New York Vendée Race, probably the toughest and loneliest 10 days a human being can experience.
S

wiss watch brand Delma, founded in 1924, is the official timekeeper of the challenging New York-Vendée Transatlantic Race, one of the five regattas constituting the IMOCA Ocean Masters World Championship. All of these races have an inspirational history behind them, and for the first time they are being brought together under one single umbrella, the IMOCA Ocean Masters World Championship. The five sail-boat races are always performed with the 60 foot IMOCA class yachts and comprise different distances. Some of them are sailed single- handedly, others in teams of two. The one sailor who collects the most points in all of these races can be considered the world’s best skipper. To this day, over 1000 people have climbed Mount Everest, over 500 have been into space... but fewer than 100 have ever sailed single-handed non-stop around the world. 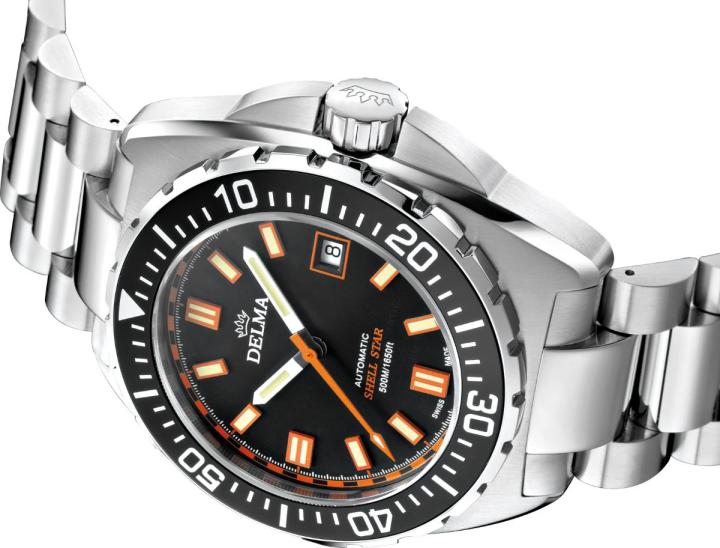 The Delma Shell Star Automatic is an iconic model of Delma. It was first introduced in 1975, a true divers’ watch with a unidirectional rotating bezel. The new edition of this timeless steel watch is an ideal companion for a long journey across the Atlantic. Its automatic movement guarantees it will function in the harshest conditions as its only energy-source is the activity of its wearer. Being on the move almost 24 hours a day there is no danger the skipper’s watch might ever stop. Its 42-hour power reserve makes sure the watch will continue working even if put aside during a rest. Its unidirectional rotating bezel with a clearly legible colour-coded minute-indexation in anodised aluminium is a great aid for timing short actions like following a course for a certain time. The watch’s imposing size of 44mm gives it the character of an instrument and makes it highly legible in adverse conditions. 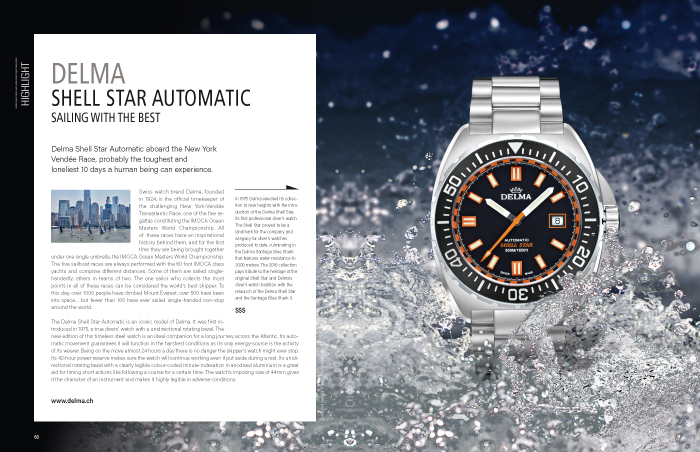