THE FUTURISTIC ANSWER TO A CENTURY-OLD QUEST


The legendary artist-jeweller continues a 100-year-old chapter from its archives with a new automatic movement that changes everything we know about chronographs.

THE FUTURISTIC ANSWER TO A CENTURY-OLD QUEST

The legendary artist-jeweller continues a 100-year-old chapter from its archives with a new automatic movement that changes everything we know about chronographs.
A

mong the most famous of Fabergé creations are the Imperial Easter Eggs, an annual tradition started in 1885 by Tsar Alexander III. Each of these Eggs were exuberant showcases of traditional decorative techniques and their heart contained a surprise. The last Egg designed by Fabergé was the Constellation Egg, which featured an engraving of the constellation of Leo. However, it was never completed because the February Revolution broke out in 1917. 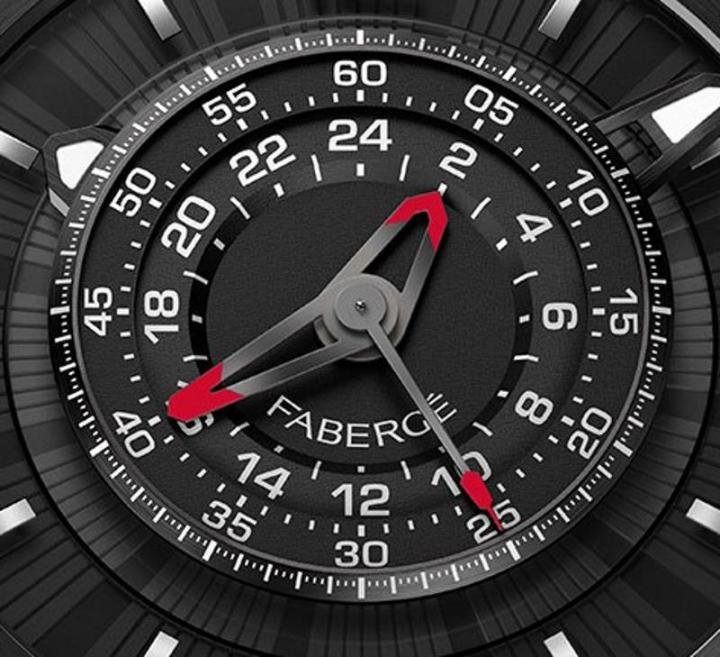 One century later exactly, the Fabergé Visionnaire Chronograph pays homage to the unfinished egg. Indeed, the constellations of the universe allow us not only to look back in history, but also to measure the time that has elapsed between cosmic events. The watch is powered by the automatic cal. 6361, a revolutionary new movement developed in Geneva by Agenhor that features unprecedented clarity, precision and efficiency. Almost without exception, the one issue that afflicts the chronograph is the relative difficulty in reading it. The unique construction of the cal. 6361 - an annular base movement with a chronograph module set in the central hollow - solves this issue. Time-telling and chronograph indications are intuitively segregated. Thanks to an integrated camshaft, chronograph indications are shown co-axially on large central counters in a familiar and comfortable configuration. 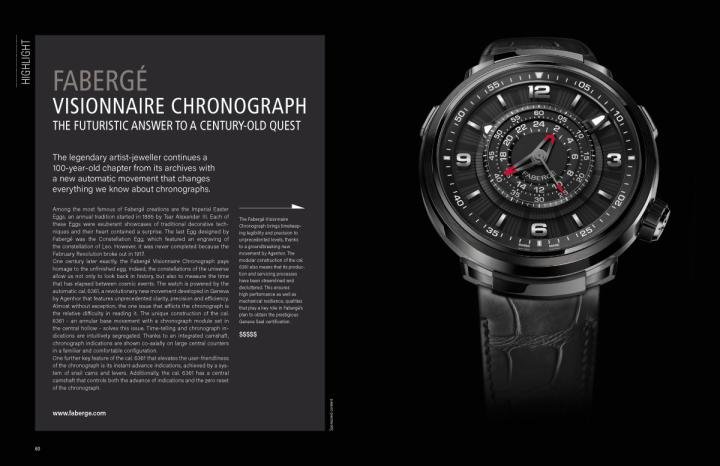 The Fabergé Visionnaire Chronograph brings timekeeping legibility and precision to unprecedented levels, thanks to a groundbreaking new movement by Agenhor. The modular construction of the cal. 6361 also means that its production and servicing processes have been streamlined and decluttered. This ensures high performance as well as mechanical resilience, qualities that play a key role in Fabergé’s plan to obtain the prestigious Geneva Seal certification.