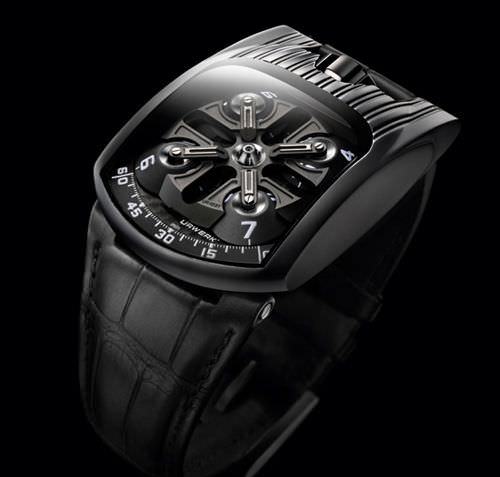 Winner of several awards, the new UR103T from Urwerk, also called ‘Tarantula’, is derived from the famous UR103 but, in this model, the orbital cross has been replaced by a structure made of ARCAP that holds four satellites made of aluminium and mounted on a bronze beryllium cross. The cross lets only one satellite appear at a time, the premium, which indicates the hour in both an analogue and digital manner by passing in front of the minute arc. During this time, the three other satellites each make a rotation of 480° on their own axis. It is an elegant dance that requires very precise tooling and assembly. 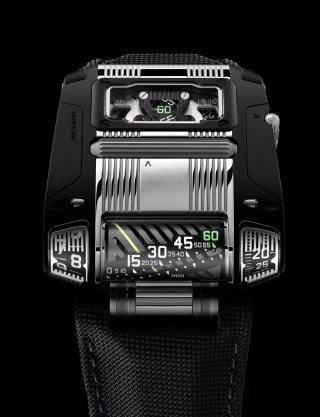 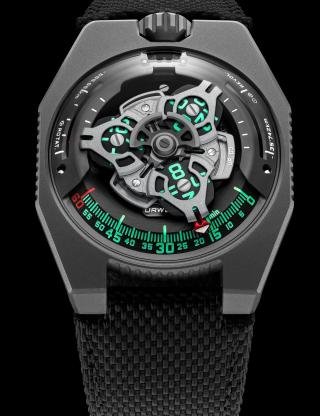 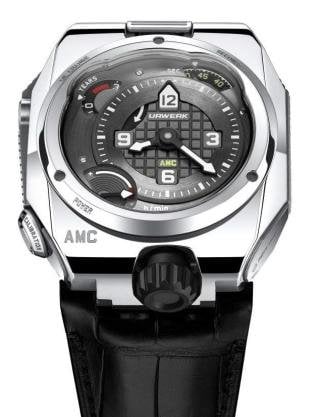 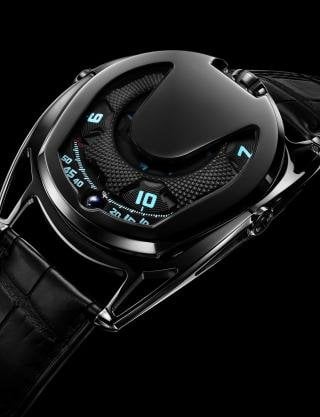 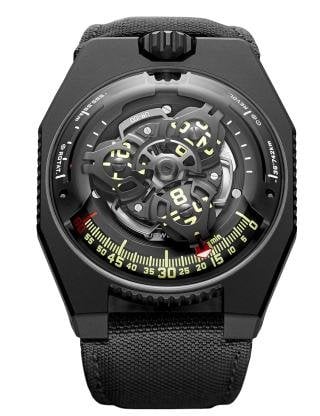 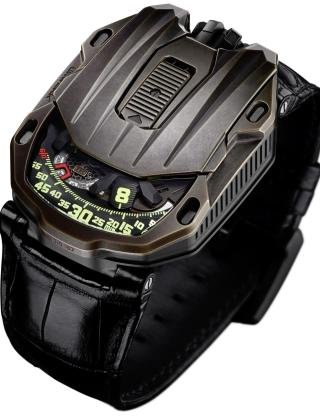 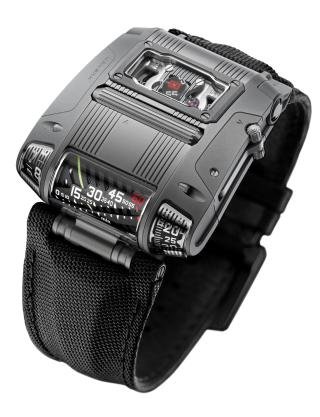 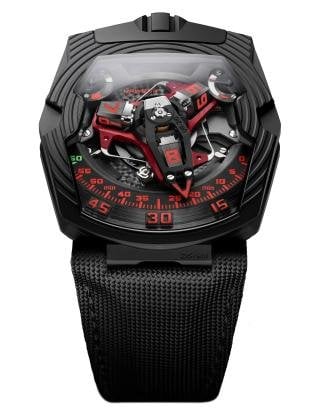 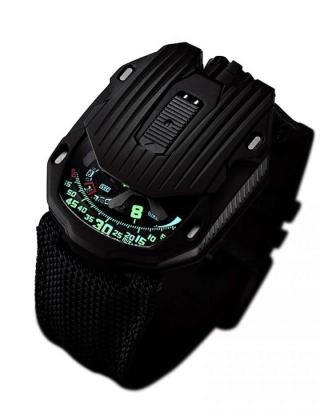 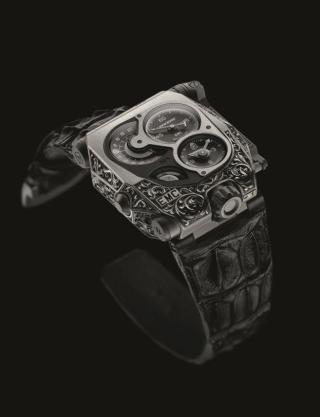 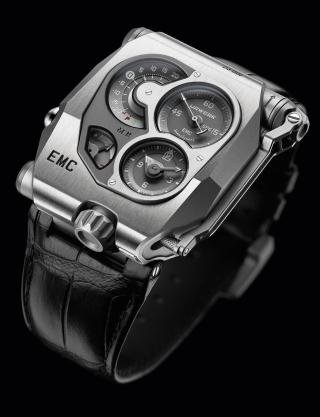 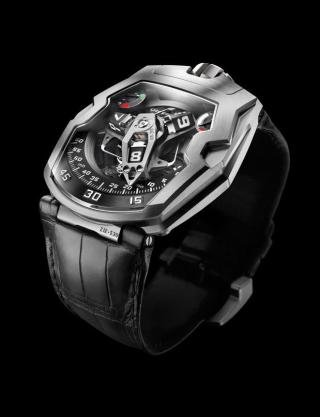 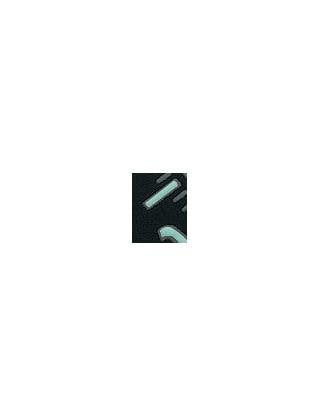