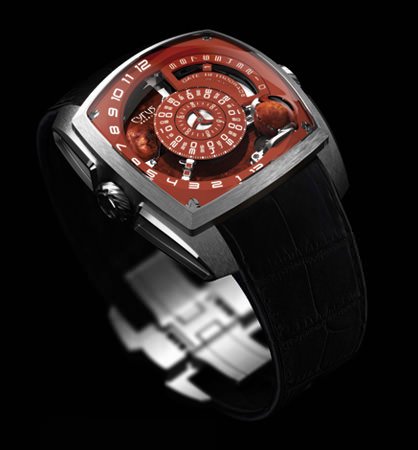 Cyrus presented two limited editions in its Klepcys collection dedicated to the red planet at BaselWorld this year. The Klepcys incorporates a number of patented features, such as the three-dimensional calendar and retrograde time displays, as well as the innovative three-dimensional moon phase display. It is powered by the Cyrus CYR598 self-winding calibre, which is 100 per cent Swiss made and was developed in conjunction with Jean-François Mojon. 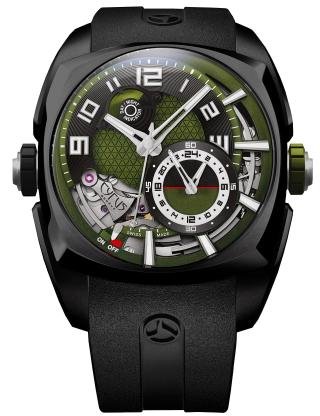 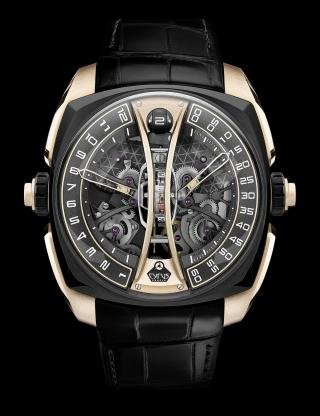 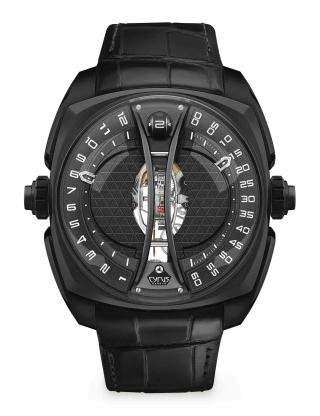