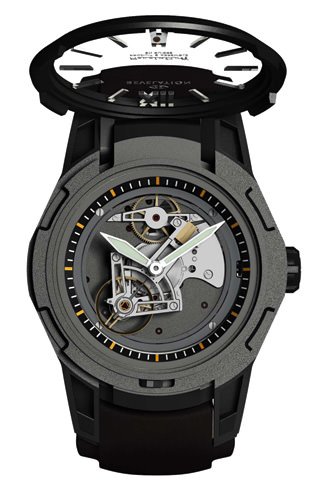 The Tourbillon Manège takes its name from the unique configuration of the tourbillon design, which resembles a merry-go-round (“manège” in French) due to the way in which the regulating organ is fixed to a rotating platform—the bridge of the tourbillon, which is inserted between two wheels mounted on the central axis of the watch. The timepiece is available in 18-carat white, yellow or rose gold using the signature Revelation case, which features a hinged cover that can be lifted to admire the Tourbillon Manège movement in all its splendour.