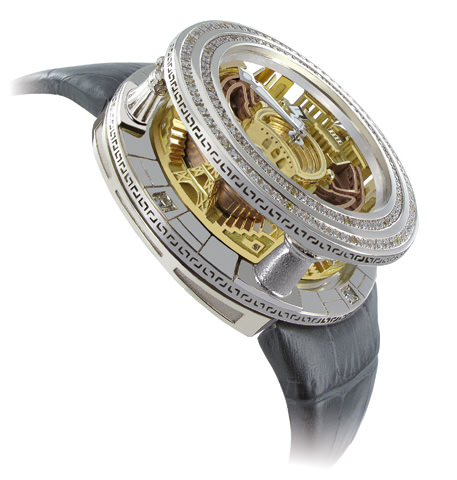 This highly unusual timepiece is the result of nearly 18 months of work to reproduce, in a tourbillon, the architecture familiar from Philippe Tournaire’s rings. The watch design represents the French capital through its architectural highlights and the case, in gold and sapphire, is constructed around four classic architectural columns: Doric, Ionian, Tuscan and Corinthian. The TT791.00 calibre powering the watch was awarded first prize in the tourbillon category at the 2011 Chronometry Competition and boasts a double barrel that offers a five-day power reserve.