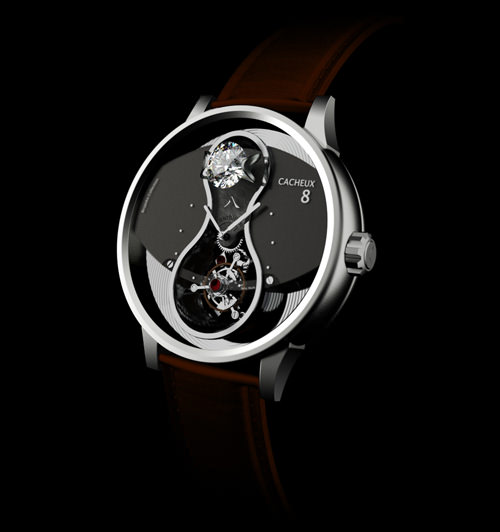 This very limited series with only 8 numbered timepieces is a very great tribute to the figure 8, this white golden figure 18 carats is centered on the dial the magnificent buckle of which hands, by their movement, finalize characterizing this figure. These some numbered timepiece crystallize around them an impressive number of figure 8:

8 timepieces only all over the world

Symbol “ba” on the dial and on the crown

The figure 8 in China

Mystery and magic figure, the figure 8 is above all a lucky charm in the life and in the business. In China, many differents characters pronounce in the same way in some tones near. The figure 8 pronounces “ba” in mandarin that we can move closer to the sound “fa” in Cantonese which means “growing rich” or “prosperity”. The figure eight is also a symbol of final balance, in Asia, it represents, 8 beams of the law Boudhique, 8 rules of the “Chou-King” way, 8 Ministers of the Chinese Empire, 8 petals of the lotus, 8 pillars of the sky, 8 cardinal points, etc.