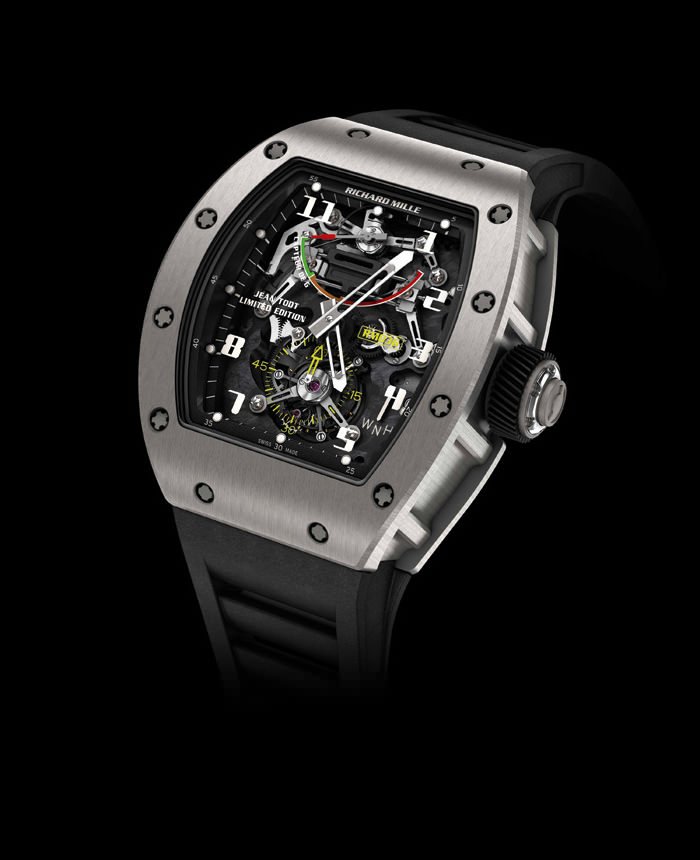 Featuring a unique new mechanical g-force meter, this model is equipped with a manually-wound tourbillon movement with a 70-hour power reserve, whose main plate is made of carbon nanofibre and its components of grade five titanium and ARCAP for extra rigidity. The case in grade five titanium measures 50mm x 42.70mm and requires many hours of programming and machine-setting to produce. This is a limited edition of only 15 pieces, the proceeds from which will benefit the FIA’s global “Action for road safety” campaign and the ICM Brain and Spine Institute of which Jean Todt is a co-founder. 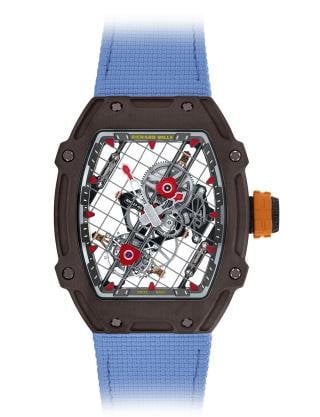 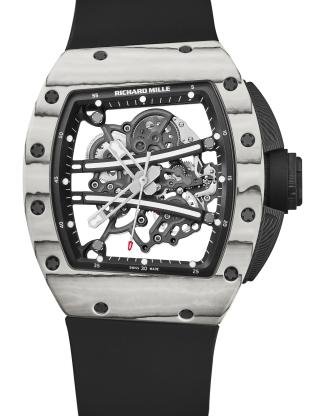 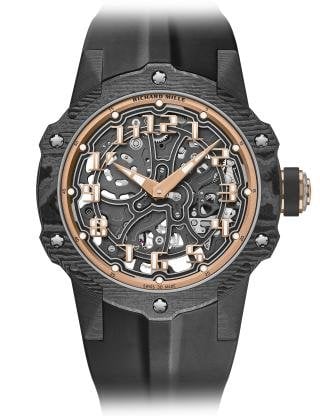 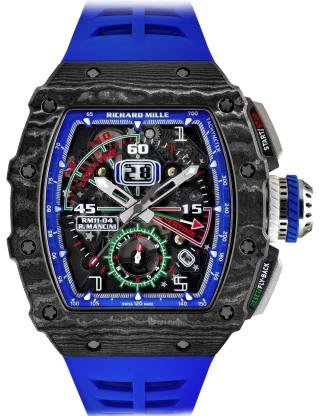 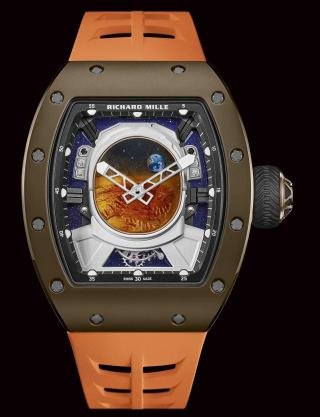 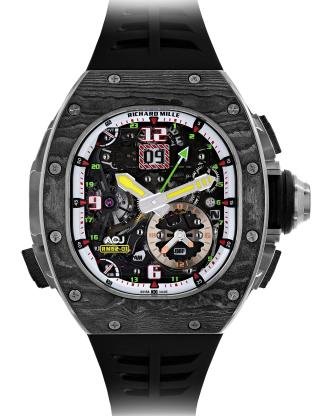 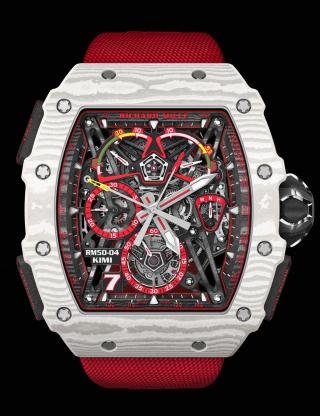 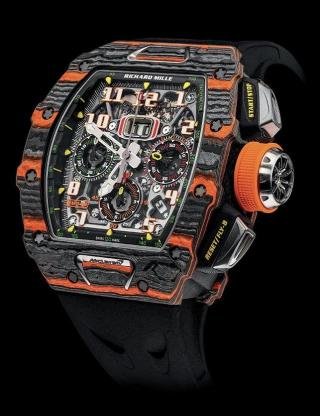 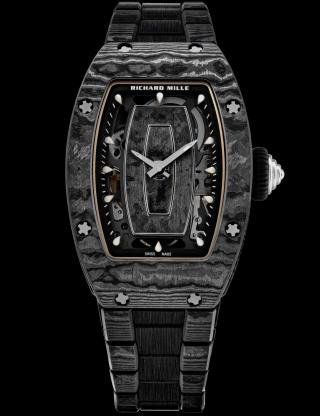 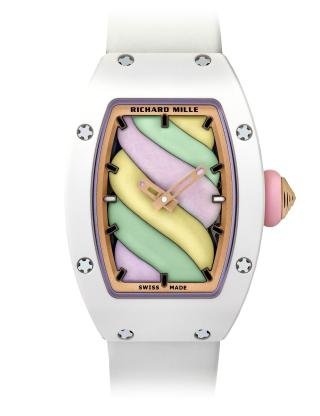 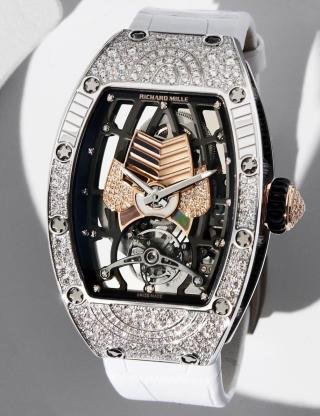 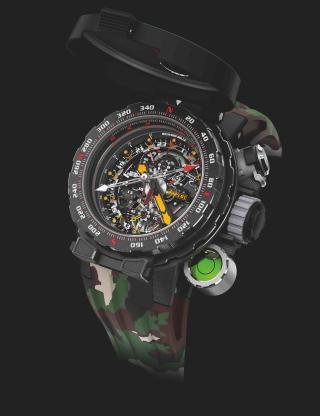 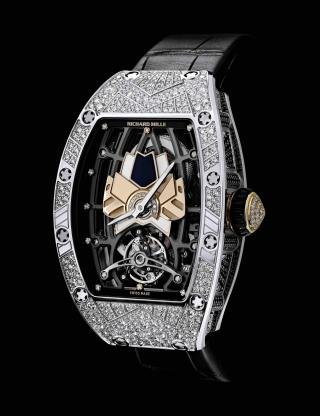 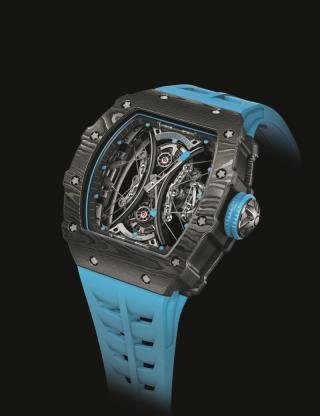 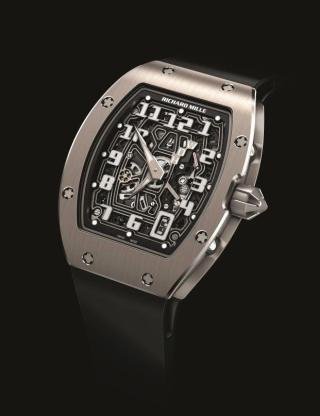 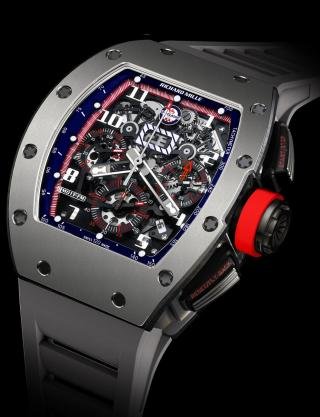 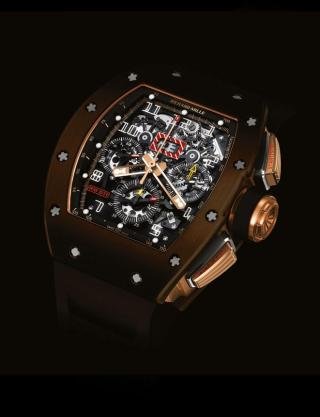 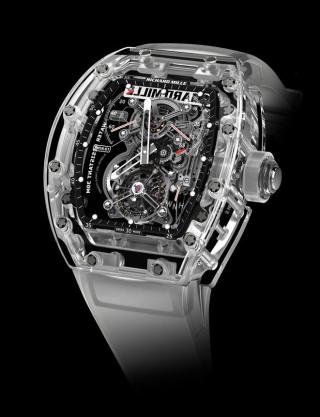 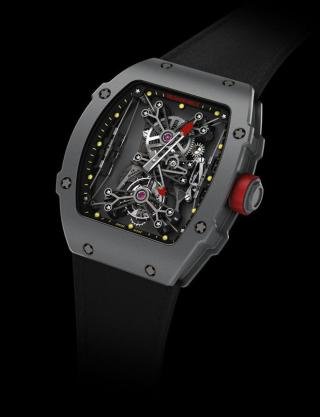 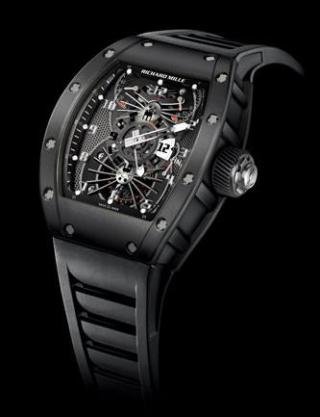 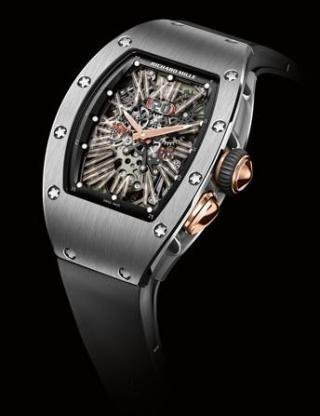 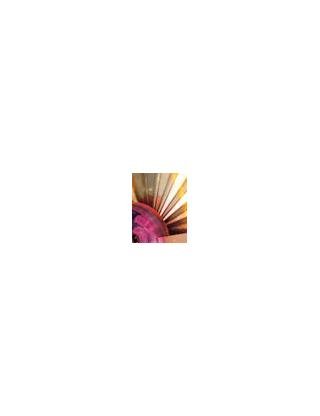 HOMMAGE A BOUCHERON by Richard Mille 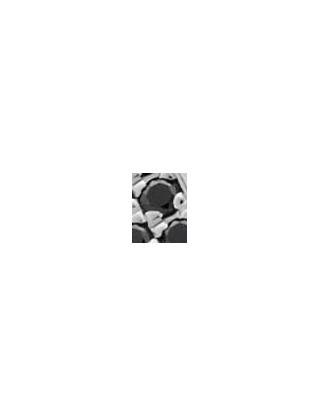 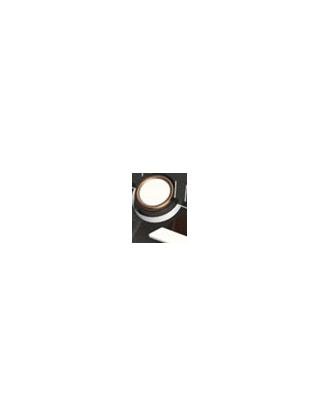 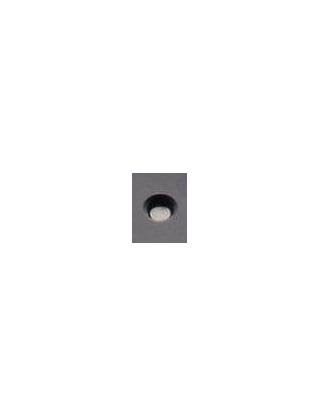 ONLY WATCH 2005 by Richard Mille