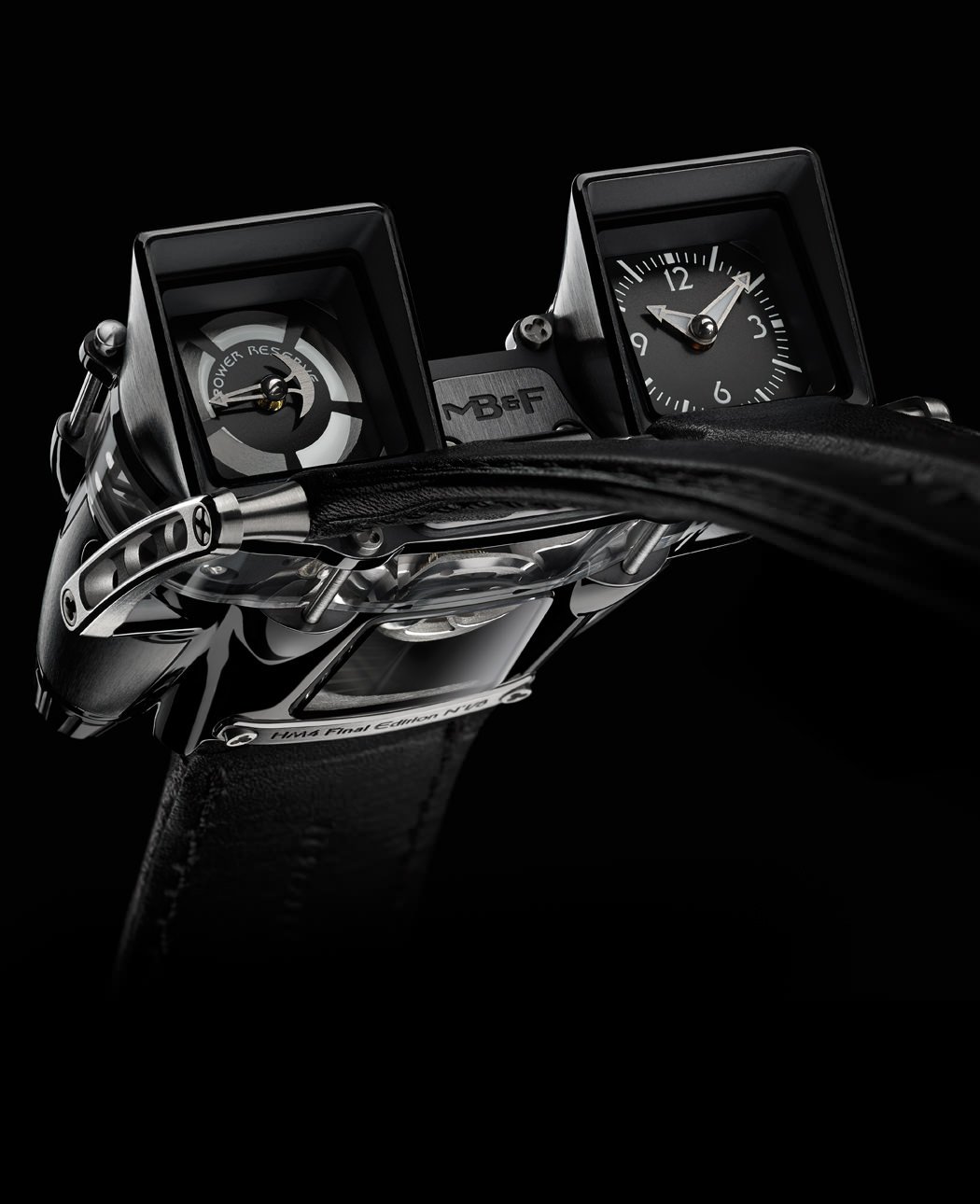 The last eight movements in the limited series of only 100 produced for the HM4 series will find their application in a case whose design is inspired the Lockheed F-117 Nighthawk aircraft—the world’s first operational stealth aircraft. PVD-coated titanium is used to provide the appropriate anti-radar covering for the watch, while a sapphire crystal covering in the central section of the watch reveals the manually-wound “three-dimensional horological engine” developed in-house by MB&F, which has a power reserve of 72 hours. 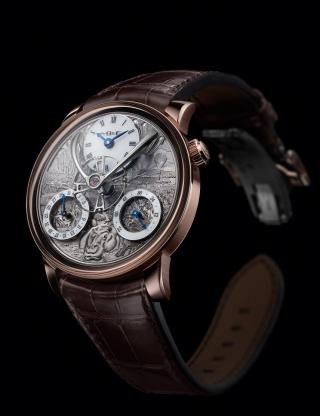 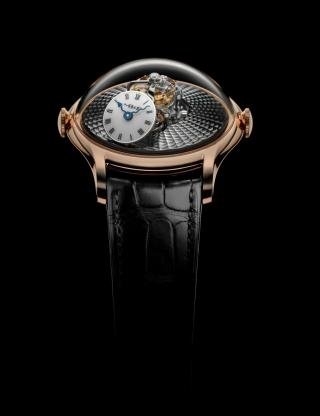 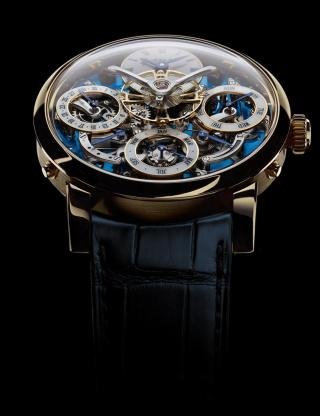 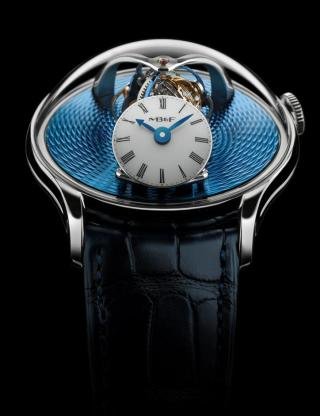 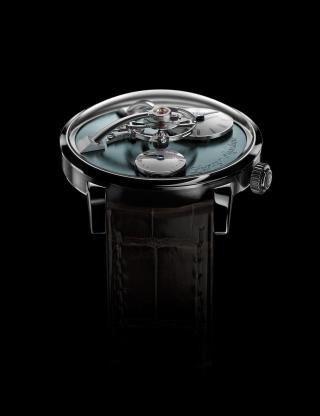 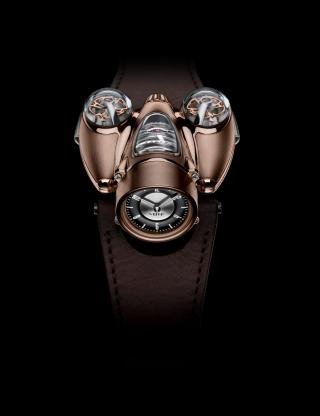 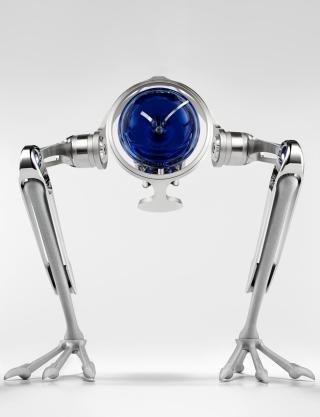 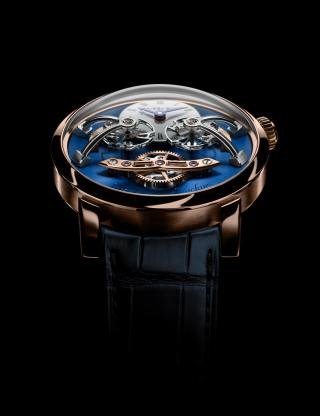 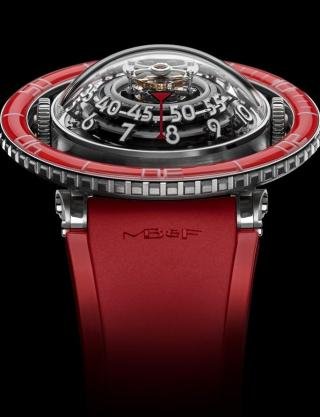 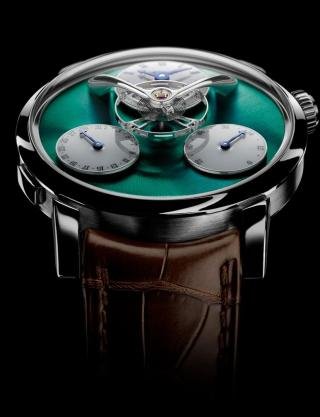 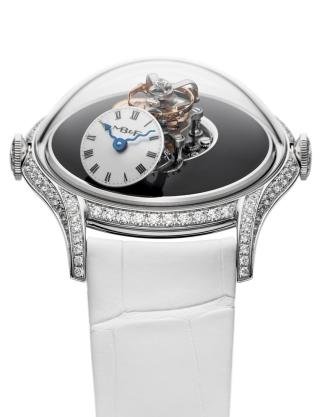 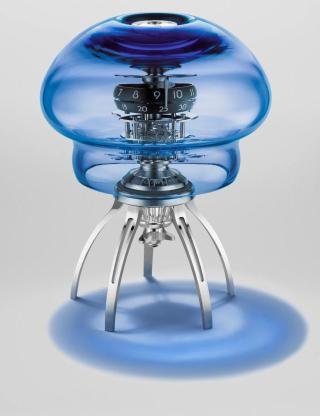 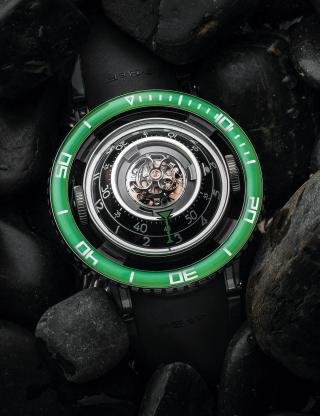 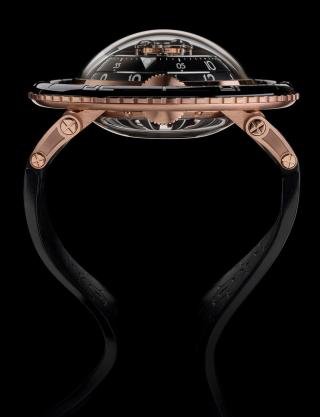 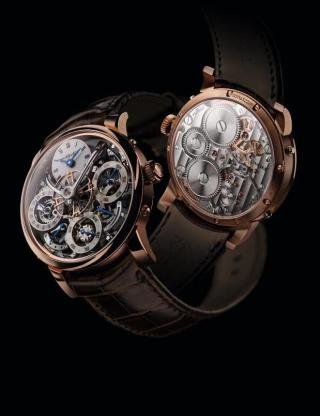 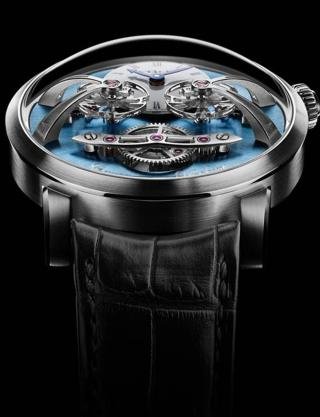 LEGACY MACHINE NO.2 by MB&F 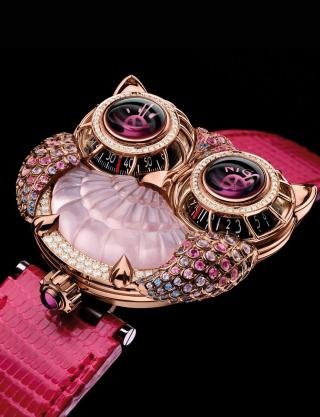 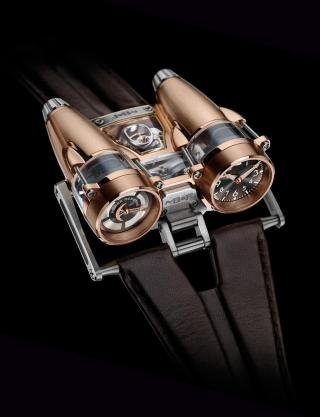 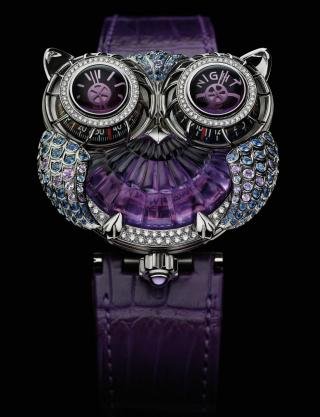 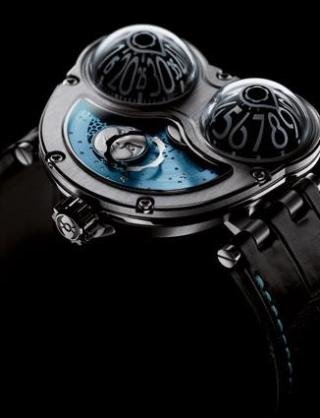 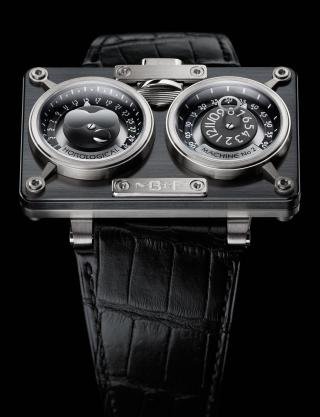 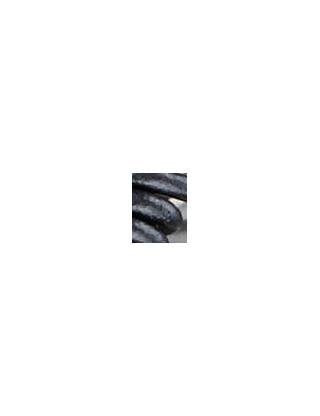 HM2 by MB&F and Sage Vaughn for Only Watch 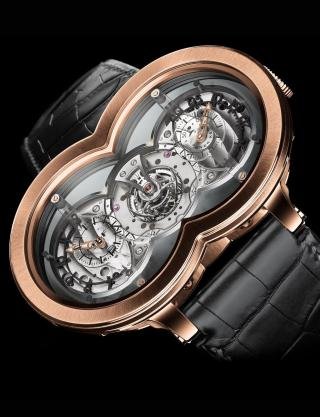