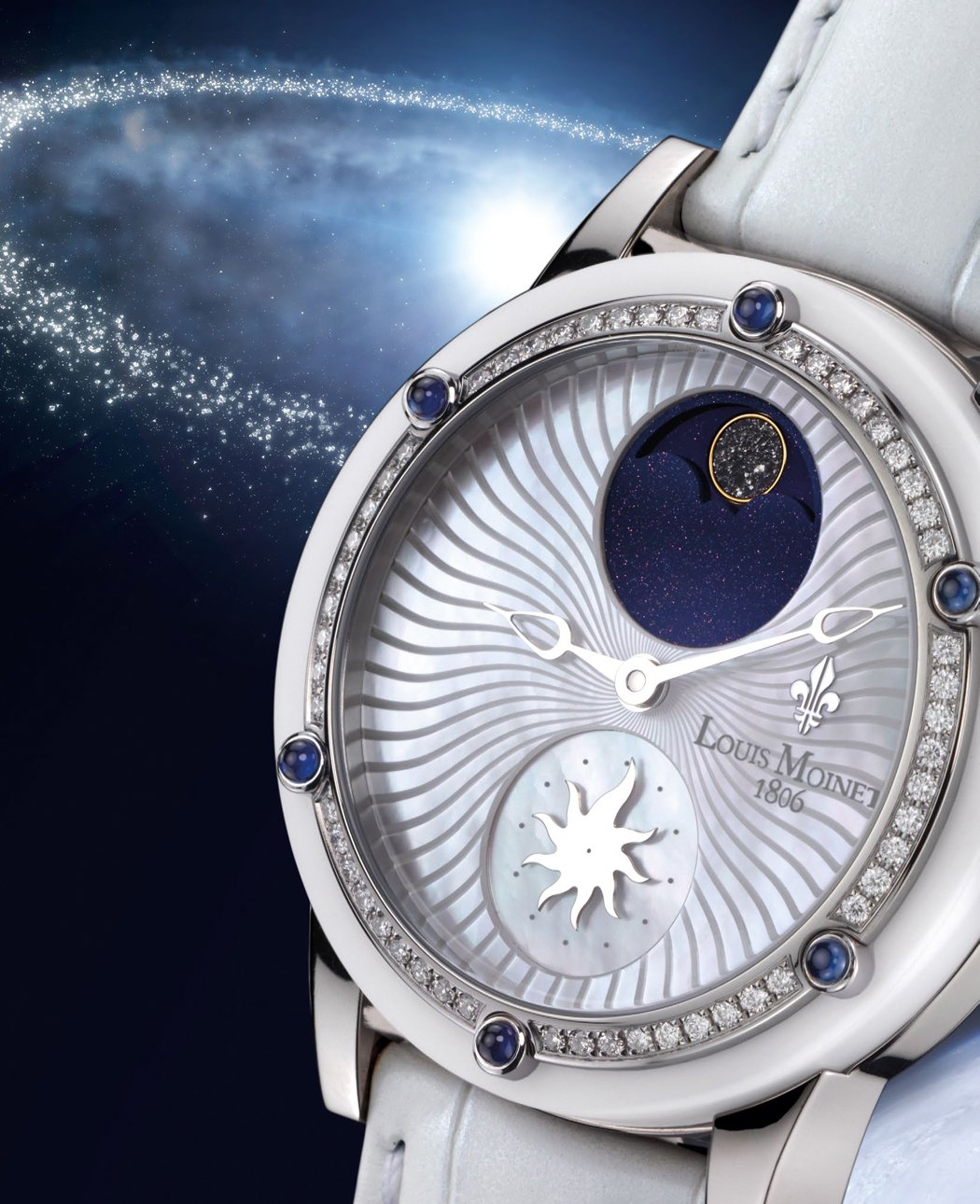 Stardance, the first watch in the world to contain interstellar diamonds, features a spectacular moon phase created from a finely-crafted fragment of the Enstatite EH3 meteorite. Surrounded by an aventurine night sky, this rare piece of space rock boasts scintillating nano-diamonds believed to have been formed in cosmic collisions that occurred billions of years ago, pre-dating the formation of our solar system.

On the mother-of-pearl dial featuring Louis Moinet’s signature Côtes du Jura guilloché, night is evoked by the moon phase indicator and day by the silvered sun-shaped small seconds. The white ceramic bezel is distinguished by an inner ring of 54 VVS Top Wesselton diamonds and 6 cabochon-cut sapphires. The case is made of high-tech, grade 5 polished titanium. The self-winding movement is visible through the case back with a rotor decorated with a new moon surrounded by the golden rays of a sun. 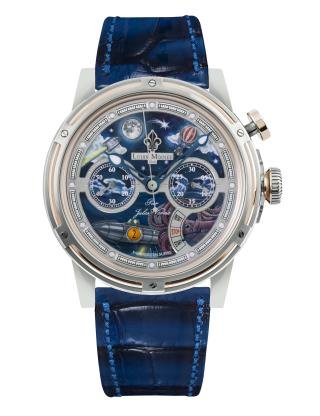 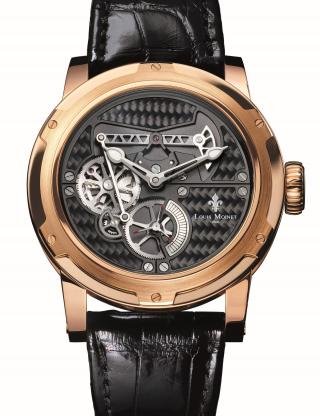 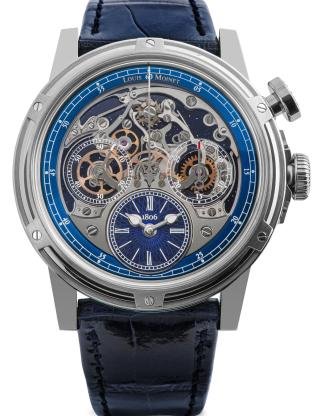 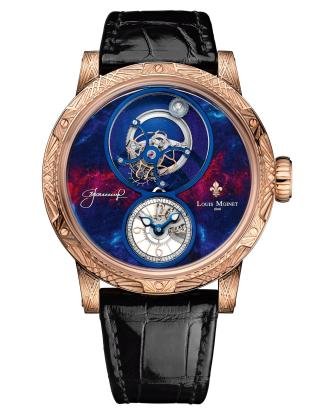 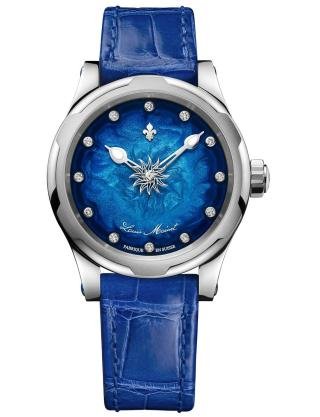 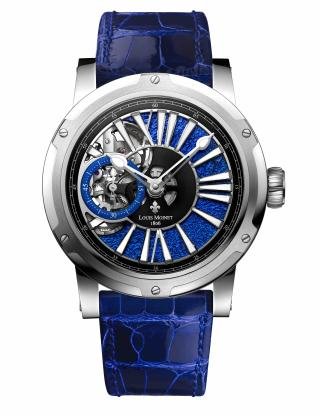 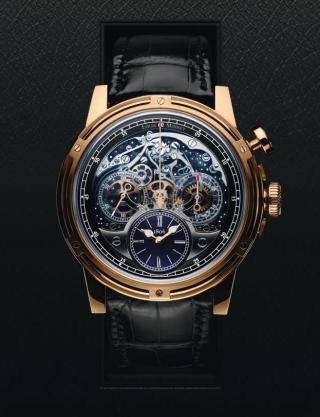 FIRST CHRONOGRAPH EVER” by Louis Moinet 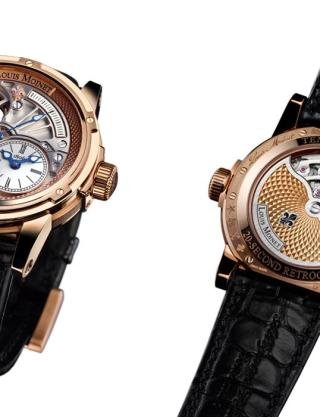 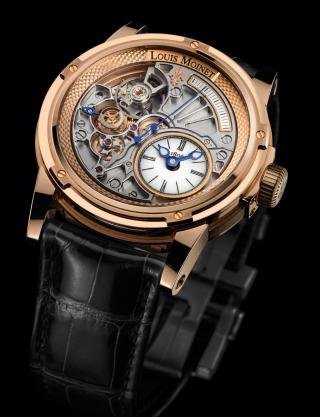 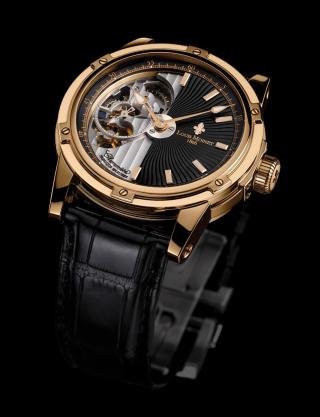 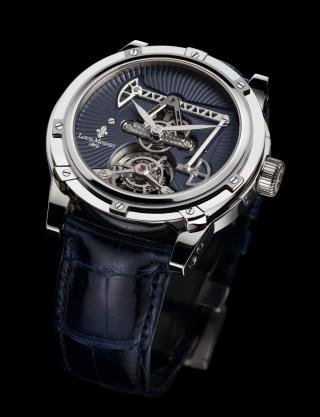 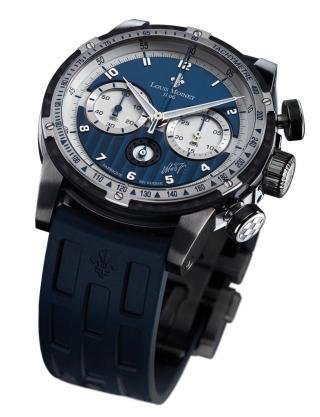 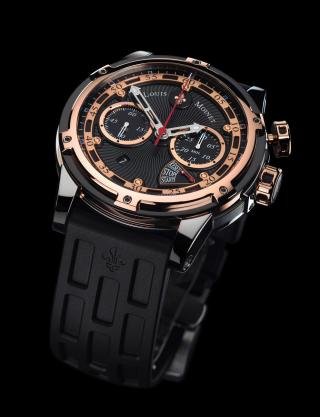 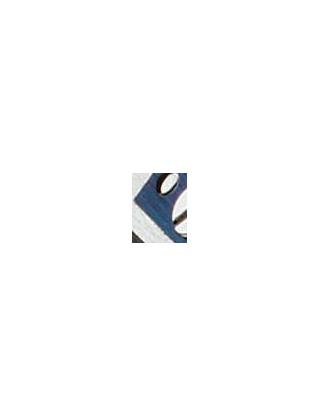 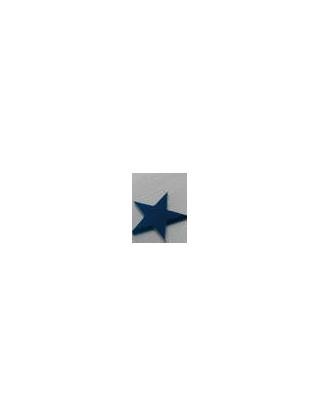