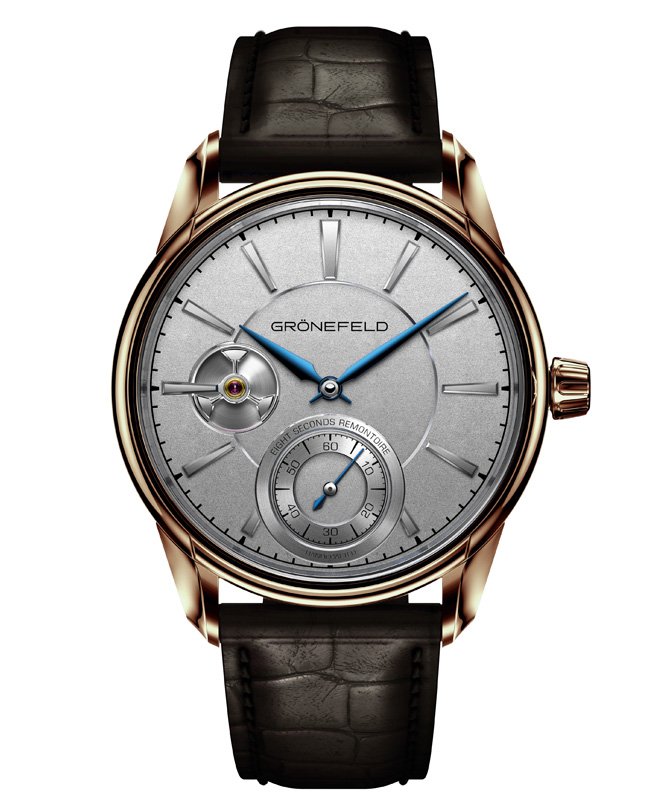 Intended to appeal to the most discerning of watch collectors, the Grönefeld 1941 Remontoire features an eight-second constant force mechanism, ensuring the force serving the balance wheel does not wane. From the mainspring being fully wound to the last minute of the 36 hours of power reserve, when the stop works intervenes, the force never fluctuates. The result is that the amplitude and rate remain consistent, leading to superior precision. For the first time, Grönefeld offers the new 1941 case in 18-karat white gold, alloyed with palladium 150. This form of gold alloy is costlier but obviates the need for rhodium plating, hence its surface will not wear out. Alternatively, a 5N red gold case option is available.