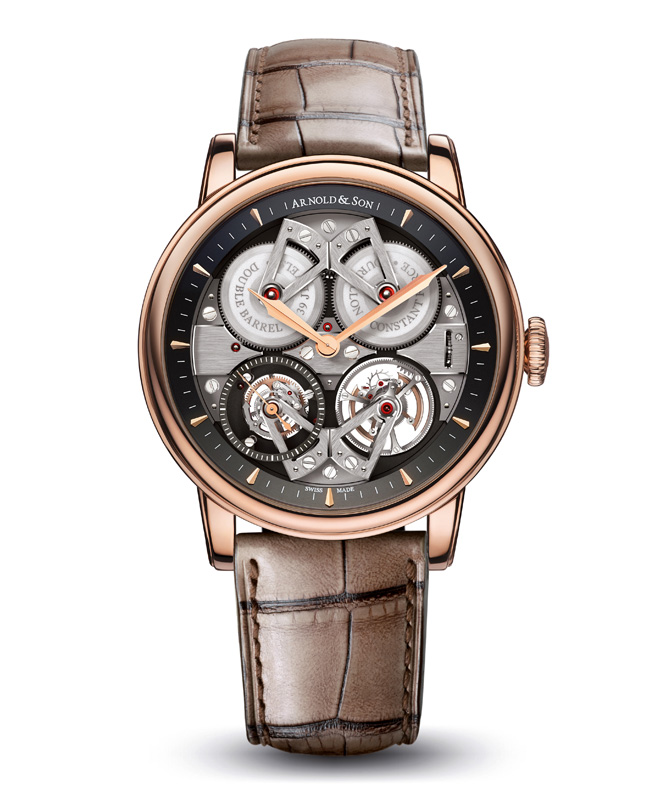 The Constant Force Tourbillon is a technically superlative wristwatch that reflects the eighteenth-century watchmaker’s ingenuity. The manufacture movement is equipped with a constant force mechanism and true beat seconds. The former has two series-mounted barrels at 12 o’clock that ensure an optimal and regular flow of power to the tourbillon. The latter, which is clearly visible between 7 and 8 o’clock, stores energy from the balance via a spring, which it releases at each elapsed second only. The seconds hand therefore advances incrementally, allowing time to be read with greater ease and precision. 28-piece limited series. 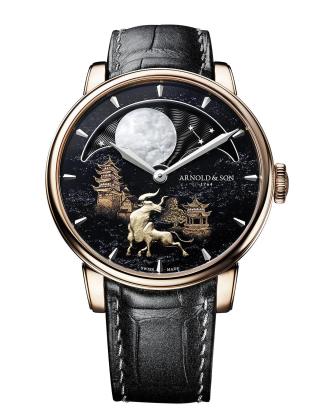 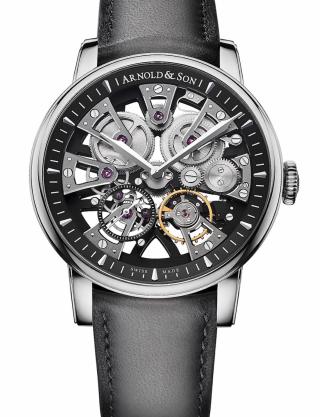 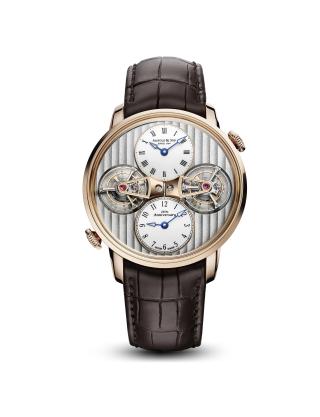 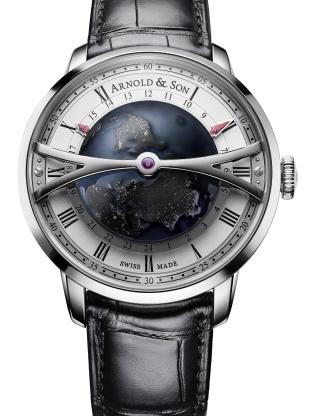 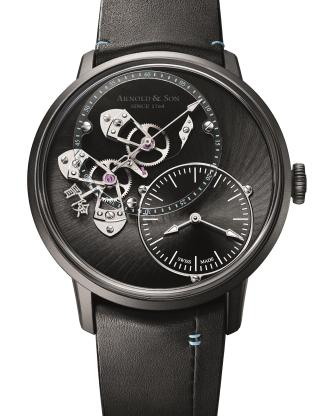 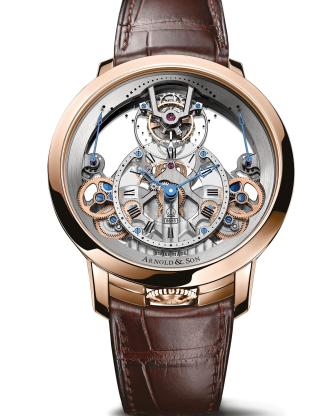 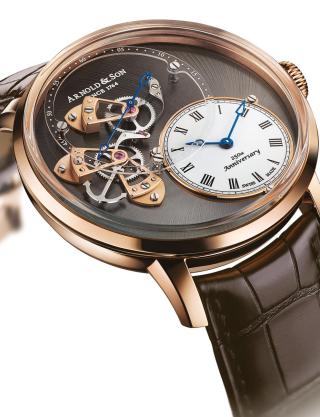 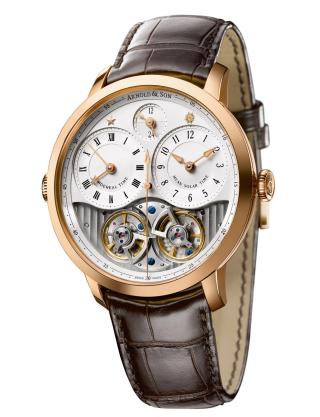 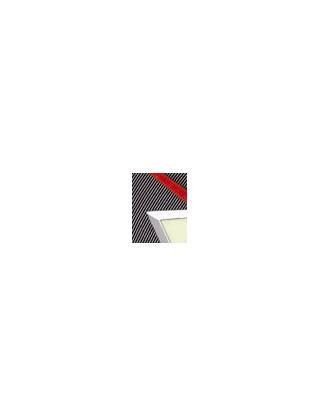 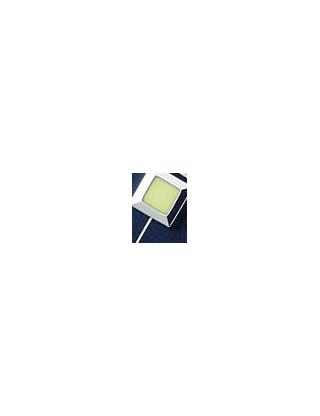