The French manufacture BRM is about to launch this summer a new watch model in two sizes: the V7-38-ENGLAND (38mm diameter) and the V6-44-ENGLAND (44mm diameter), with the English flag colours.

Inspired by the Union flag, the design is a tribute to the United Kingdom. The V7 and V6 which are referent as well-known in the BRM collection, fit to the trend in maintaining the high quality brand standards, easily identifiable in the movement of the watch as well as in its components. 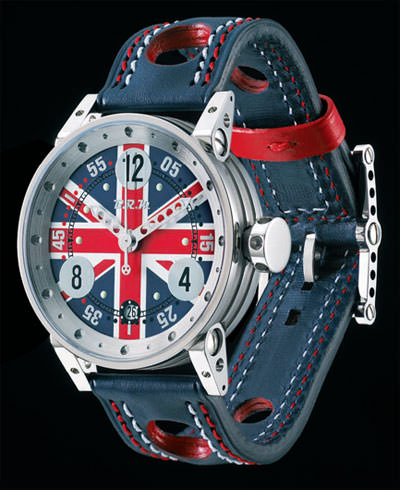 These two versions are launched in the United Kingdom and through the retailers network by the beginning of the 2010 summer.