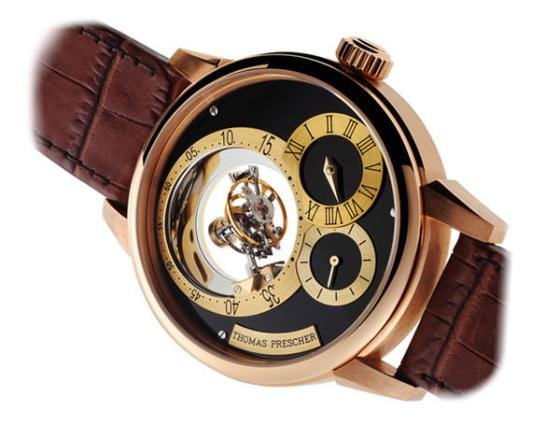 Prescher’s Triple Axis Tourbillon Regulator features one of the world’s most exclusive and most difficult complications to assemble, set to stunning advantage in a jet-black natural onyx dial that contrasts beautifully with the pink-gold case. Regulator-style hours and seconds are each indicated in their own separate sub-dial, while the constantly animated tourbillon tracks the minutes during its one-hour rotation. 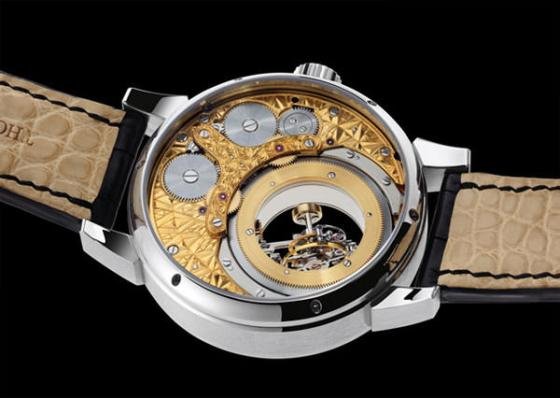 Thomas Prescher has both an affinity and a talent for complicated tourbillons: while his classmates were submitting simple movements for their watch at the end of apprenticeship school, Prescher presented a half-flying tourbillon that confirmed his position as the top of the form. In 2003 he presented the world’s first pocket watch with a flying double-axis tourbillon. 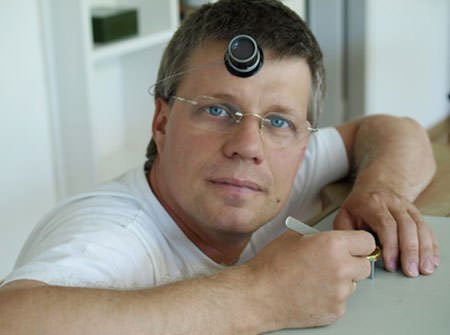