www.worldwatchweb.com - The former owner and manager of Glycine Watch SA in Biel died at the age of 82 on 19 June 2010.

Hans Brechbühler was an enthusiastic achiever who loved his work and relished contact with other people. Up until recently, he could be found working at Glycine every day. However, his illness then forced him to slow down and take things easier.

During the Swiss watchmaking crisis in 1984, Hans Brechbühler took over Glycine and saved it from bankruptcy. At that time, he had already been working in the industry for 30 years following initial training in business management. He rebuilt Glycine and strongly influenced the brand, later together with his youngest daughter Katherina. In 2005, following 15 years of joint management and ownership, Katharina Brechbühler assumed sole control of Glycine. However, her father’s broad knowledge and wide experience continued to benefit the company and he remained a constant pillar of support and a valued advisor. 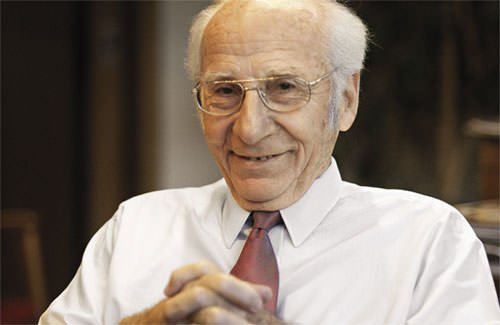 Hans Brechbühler was fascinated just as much by the technical side of watch manufacture as he was by the commercial aspects. At the same time, it was not just the business that interested him but also the people behind it. His exceptional language skills allowed him to communicate easily with them. Consequently, many of them regarded him not just as a business partner but also as a friend.

With Hans Brechbühler, Glycine and the watchmaking industry have lost someone who was totally committed to his work, an accomplished and respected personality. He was born in Zurich on 23 August 1927 and died at home in Mörigen near Biel on 19 June 2010.