Characterised by its triple retrograde seconds, the TIRION TriRetrograde watch is a mixture of elegant watchmaking, technology and playfulness. Its unique style which plays on sophistication and perpetual mobility has made it one of Milus’ emblems. Today, it is being presented in a sporting version with its DLC-treated case, its dial and its bezel in carbon-fibre. 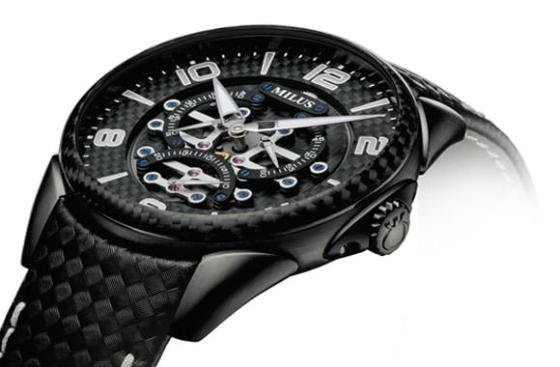 The power of a style is frequently measured by its capacity to transform without betraying, and the style of the TIRION TriRetrograde is genuinely of this calibre. Open, multiply-layer dial, three retrograde seconds hands, visible bridges, Milus has succeeded in using these elements to create a signature that is both unique, instantly recognisable and capable of being divided into multiple registers. Successively classical in skeleton version or more “casual” in titanium version, here is the TIRION TriRetrograde in a considerably more sporting version. 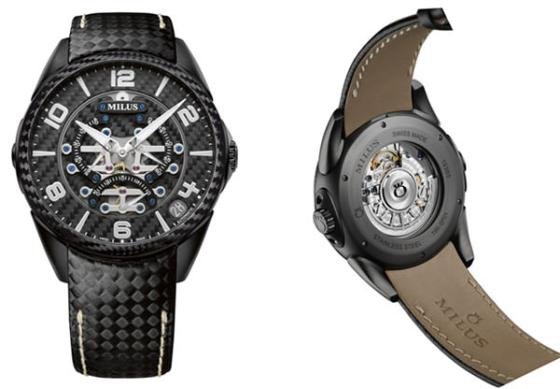 At the interface of watchmaking sophistication and eminently sporting design, this new declination of the TIRION TriRetrograde illustrates beyond doubt the perpetuity now acquired by this star model of the Milus brand.