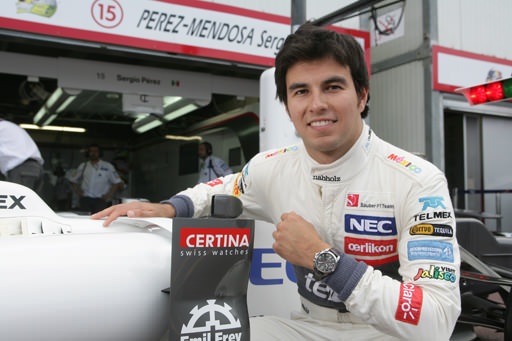 Sauber’s headquarters, located rather incongruously between the municipal waste incineration plant and the abattoir in the small town of Hinwil, some 30 minutes outside Zurich, provided an impressive backdrop for the launch, as guests assembled in the shadow of the team’s wind tunnel. Opened in 2004 but seamlessly integrated with the rest of the Sauber complex (including a walkway that connects it with the other buildings), this impressive facility houses a 141 metre-long wind tunnel comprising a total of 480 tonnes of steel, as well as a separate event space and exhibition area.

Team principal Peter Sauber, who was also present at the launch, explained the reasoning behind the partnership with Certina, which dates back to 2007. The former Swiss motorsport champion, who confessed that he had never driven a Formula 1 car, said “the partnership came about because of my relationship with the Hayek family, particular with Nicolas G. Hayek, because it was a relationship from entrepreneur to entrepreneur.” 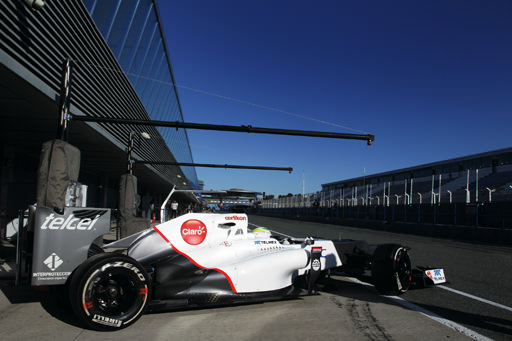 Certina’s CEO Adrian Bosshardt presented the no. 2 in the limited edition of 2012 pieces of the new DS Podium GMT model in the Sauber livery to Sergio Perez, who celebrated an excellent third place at the Canadian Grand Prix ten days ago. The no. 2 rather than the no. 1? Bosshardt explains: “In 2007 we launched a watch with Robert Kubica and I gave him the number 2. I said I would keep the number 1 edition in my safe and give it to him when he won a race. He said it might take some time, but the next year I gave him the watch.” So Perez, whose nickname is “Checo”, now has an extra incentive to improve on his excellent results over the next few Grands Prix on some of his favourite circuits: Valencia, Silverstone, Hockenheim… 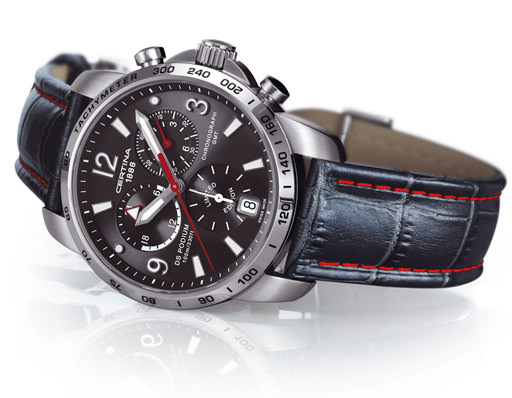 The new Certina DS Podium GMT limited edition features a 42mm brushed stainless-steel case with a polished bezel bearing a tachymeter scale and a scratch-resistant sapphire crystal. In addition to having the dual function of chronograph and GMT, the watch is also water resistant to a pressure of 10 bar (equivalent to a depth of 100 metres). It has a specially engraved case-back with the mention “Sauber F1 Team” and the team logo. A matching grey leather strap with red stitching echoes the Sauber team colours and a special presentation case shaped like the nose cone of the F1 car. At yesterday’s launch Adrian Bosshard confirmed that due to its limited production the watch will only be available in certain markets (such as Switzerland, Germany, Austria, Poland, Spain) but that it will already be available in stores from next week.