2011 stands out as a key milestone for Bell& ross. the watch-making firm is bringing the first wristwatches worn during the First World War back into vogue: the PW1 (Pocket Watch 1) and its development into a wristwatch, the Vintage WW1 (Wrist Watch 1).

The ultimate master watchmaker in the military field, Bell & Ross is passionate about its mission to revive the spirit of the early watches which influenced history and pay a heart-felt tribute to the past through its creations. 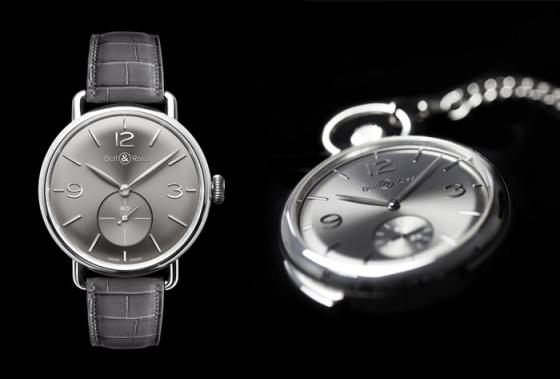 The PW1 and WW1 argentium® (above) are a fantastic illustration of the unique parallel between the history of aviation and that of watch-making.

The watches will be available from mid-October 2012.