The five-day HKTDC Watch & Clock Fair ended on Sunday, September 9 with more than 17,500 buyers participating, up 4.5 per cent over last year. Emerging market buyers were up significantly, including Iran (up 32 per cent), the Chinese mainland (up 17 per cent) and Russia (up 17 per cent).

The Hong Kong Trade and Development Council (HKTDC) commissioned an independent market survey agency, Actrium Solutions (HK) Ltd, to conduct a survey during the first three days of the fair. The company interviewed 349 exhibitors and 759 buyers on site to get their views on such issues as market prospects, product trends and purchasing methods.

Both groups feel that the China market will remain robust, and are striving to tap this new market. They are also interested in such emerging markets as ASEAN, Central America, Russia, India and the Middle East.

“Seeing relatively higher demand for luxury goods in both the China and Middle East markets, we believe they will be interested in our brand products,” said Iris Chan, Marketing Manager of Memorigin Trading Company, a Hong Kong exhibitor specialising in the design and manufacture of Tourbillon Watches.

She added that the company plans to explore the Chinese mainland and Middle East markets. “We consulted with five to six Middle Eastern buyers during the first three days of the fair and further negotiations will be arranged.”

Exhibitors that have set up factories on the mainland said the costs of labour, land, raw materials, taxation and government charges have increased during the past three years and that they would be forced to raise their prices.

Respondents thought that fashion watches would have the best growth potential, while quartz analogue watch and metals watch dial would be best received by the market. They expect that industry players will develop watch products under brand licensing. The majority (74 per cent) of responding buyers are not agents for brand watches, but 30 per cent of them plan to be. 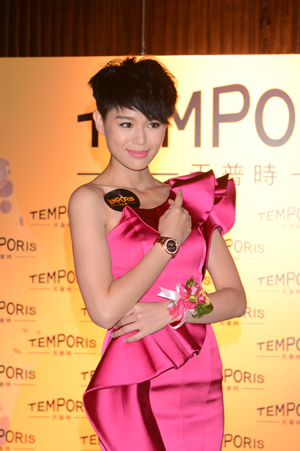 “We set up the fair’s Brand Name Gallery in response to increasing buyer demand for brand products,” said the HKTDC Deputy Executive Director Benjamin Chau. “To accommodate more exhibitors and buyers, we plan to divide Brand Name Gallery into an independent fair to be held concurrently with the Watch and Clock Fair next year. This will provide a collection point for reputable brands and help exhibitors get more business.”

Graham Emmott, an Australian buyer, who owns a local retail shop, thought the Small-Order Zone was a very good idea. “It’s flexible. It helps test market responses and facilitates inventory management.” He located several suppliers willing to accept small orders, and placed a number of orders for brand watches at the fair.