Buben & Zorweg held a special event for select invitees on 27 September in cooperation with Les Ambassadeurs, the “Leading House of Leading Names” in the field of watches and jewellery, and Aston Martin of Geneva. The highlight of the event inspired by the world of James Bond was an impressive presentation of masterpieces from the House of Buben & Zorweg. 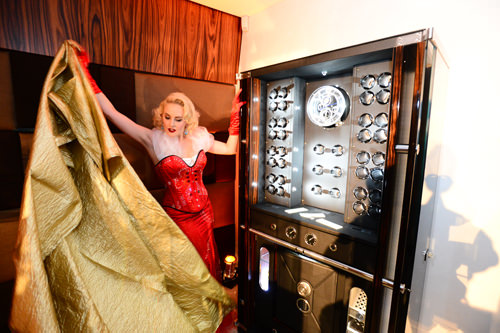 Around 100 guests were welcomed at the entrance to Rue du Rhône 62 by hostesses dressed in golden robes and serving Martinis to create a James Bond atmosphere. A gentleman’s evening of this nature would not be complete without luxury cars from Aston Martin positioned as eye-catchers in front of the boutique, as well as an opportunity to enjoy a vintage whiskey from Glenmorangieand a fine cigar from Davidoff in the “Espace Connoisseur”. Well-known sound tracks from James Bond films provided a suitable musical background. 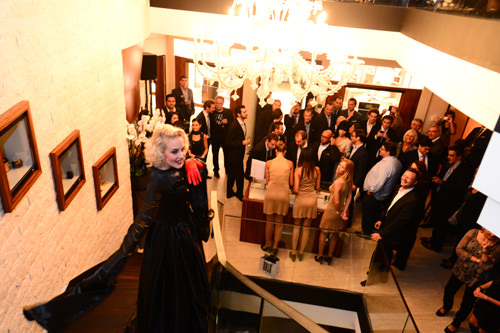 The guest of honour for the evening - namely the Swiss “Queen of Burlesque”, Zoë Scarlett - arrived in style in an Aston Martin at the boutique in Geneva, where she was welcomed by Harald Buben and Joachim Ziegler, CEO of Les Ambassadeurs. Zoë Scarlett enthralled the guests with an extraordinary performance during which she revealed the masterpieces from Buben & Zorweg that had been concealed beneath golden fabric. The highlight of the evening was, of course, the unveiling and presentation of the “Object of Time One-77”, a tribute by the House of Buben & Zorweg to the luxury automobile One-77. The much-acclaimed British secret agent would no doubt be just as impressed as the guests by this desirable masterpiece in the form of a Buben & Zorweg Fine Timepiece with flying minute tourbillon, high-security safe and unique “magic slide” opening and closing system. 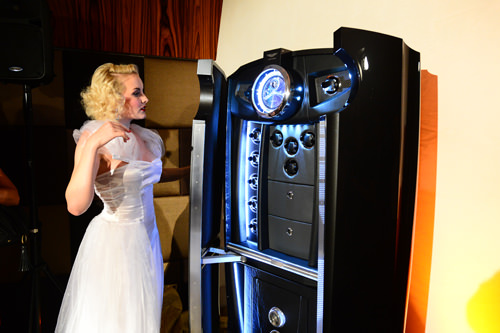 Buben & Zorweg, Les Ambassadeurs and Aston Martin Geneva can look back with pride on a very successful and unique evening.