The Pebble watch, a customisable digital timepiece with an e-paper screen similar to those used on e-book readers, holds the distinction of being one of the most popular projects presented on the crowd-funding website Kickstarter, having raised over 10 million dollars in funding (over a thousand times more than it had originally requested).

While the Pebble watch represents the mass-market, high-volume end of the watchmaking spectrum, the traditional watch brand Dubois & Fils SA, which claims to be the oldest watch factory in Switzerland, is hoping to prove that the latest investing trend can work in high-end watchmaking, too. 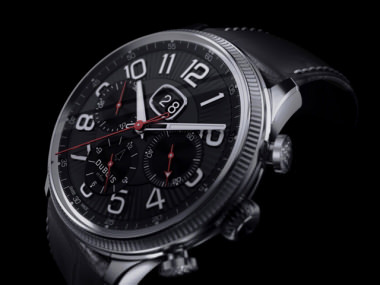 Concept ONE by Dubois & Fils SA

Dubois & Fils SA eschews Kickstarter (as well as an estimated 500-plus other crowd-funding platforms) to woo potential investors directly from the company’s website. The site explains the 225 years of history behind the name and gives a preview of the first model that will be produced with the capital increase that the crowd is being asked to fund. It will be a 42.5mm stainless-steel chronograph with big date, using the ETA 2892-A2 movement with a Dubois Dépraz 4500 module for the chronograph and big date display.

Investors, watch fans and potential customers can invest between 500 and 10,000 Swiss francs in the project by choosing one of five packages that will entitle them to discounts of between 50 and 70 per cent off the watch’s retail price for anywhere between one and three years (the company hopes to be in profit by its third year). Dubois & Fils SA stresses that these investors will then become the brand’s “ambassadors“ in place of the more usual sports personalities and film stars.

At the time of writing the company’s website boasts 125 investors who have collectively put up 233,500 Swiss francs of capital – 15.5 per cent of the 1.5 million franc target. Time will tell whether crowd funding applies as well to high-end watches as it does to the high volume segment.