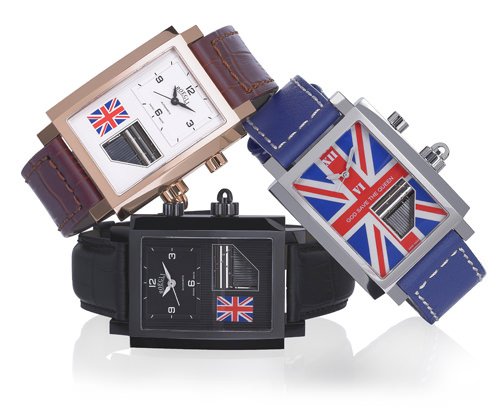 The Union Jack collection by Boegli

True cult objects dedicated to the most long-lived British queen and to her subjects around the world, the watches of this collection are fully hand assembled by skilled craftsmen. These Swiss Made watches play the famous melody of “God Save the Queen”, the national anthem of the United Kingdom. 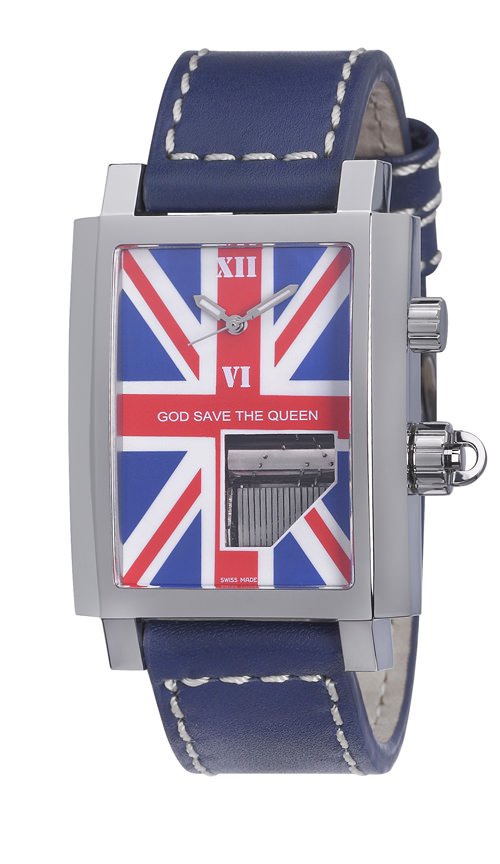 The ETA 2671 self-winding movement with additional musical clockwork can be admired through the window placed at the back. Equipped with a stainless-steel case and sapphire crystal, each of the three models included in the Union Jack Collection is produced in a limited edition of 60 pieces.

This is not the only watch dedicated to the Diamond Jubilee of Queen Elizabeth II. Backes & Strauss also produced a commemorative timepiece the bear’s the Queen’s cipher with the blessing of Buckingham Palace.