Because of their understated design, the various innovative features of the Habring2 chronographs may not be apparent at first glance. In the case of the “ZM” models, for example, unless you happen to know what the abbreviation means you would be forgiven for thinking that this is a standard chronograph design. Yet the “ZM” refers to a German abbreviation for a central minute counter. The elapsed time recorded by the chronograph in minutes and seconds can thus be easily read on the same 360-degree scale around the dial that is used to display the time. 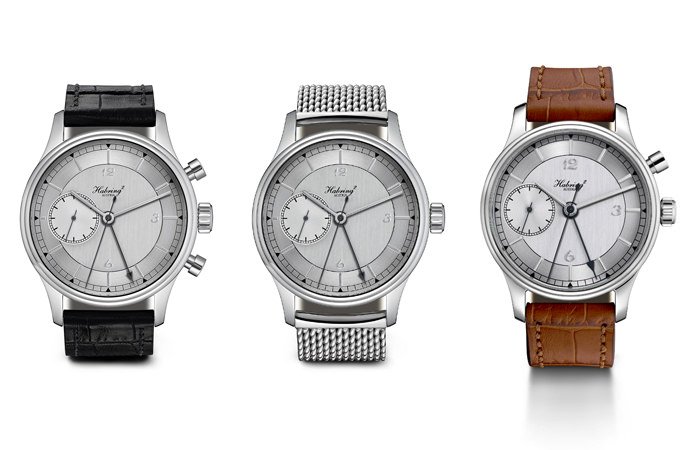 Left to right: ZM, COS ZM and ZM Mono chronography by Habring2

The COS ZM model adds a further touch of refinement by combining this clear display with an even clearer means of operation, since all the chronograph functions are operated by the crown in what Habring2 claims is the first chronograph movement in the world to be controlled exclusively by the crown.

A third iteration provides the missing link in the form of a mono-pusher chronograph in a 36mm case diameter that uses the same central minute indication and is thus the perfect compromise between the more traditional and the more progressive other versions.

The three different calibres powering the central minute indications are the A08MZM, A08MCOSZM and A08MZM-Mono, all of which are manually wound (self-winding models are available in the 42mm case size) and offer 48 hours of power reserve. 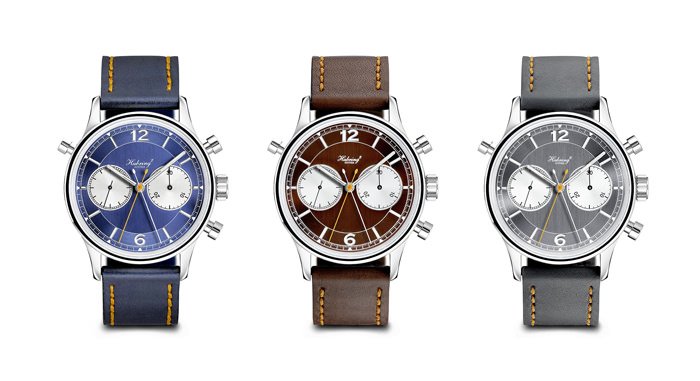 Habring2’s second innovation of the year led to the brand breaking from its tradition of producing 12 units of each model to produce 20 models of each of its new Doppel 2.0 split-seconds chronograph.

Echoing the modern era’s tendency to designate innovations in the digital world with 2.0, this new chronograph has been so named because, despite its outwardly classic design, its split-seconds mechanism has its own patent for a new design of the lever mechanism to operate the split-seconds wheel. The Habring2 movement housing this new mechanism is a manual-winding split-seconds chronograph calibre with escapement parts in chronometer quality and offers 48 hours of power reserve. The Doppel 2.0 is available in a stainless-steel case that is water resistant to 50 metres and has a transparent sapphire crystal case back.