Pierre Koukjian, watch designer for deLaCour, was inspired once again in the beauty and artistry of leading-edge architecture and has created this Tourbillon.

This timepiece contemplates a contemporary blueprint which contains a cylindrical design not commonly used, it is extremely complex in its application and it is completed with perfect visual harmony. 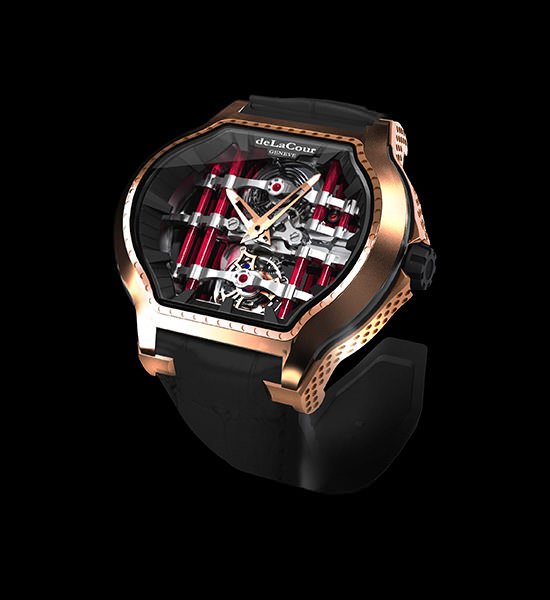 The Tourbillon Reflect by deLaCour

This Tourbillon is an exceptional piece to create. It contains a chassis that has a “weightless” effect although this structure consists of ruby made cylinders which makes them extremely unyielding.

The movement base is composed of stained black mirrors, which act as a reflection of light and gives the movement an absolute transparency as it is showcased – and emphasizes the effect of weightlessness. It was a tremendous feat to place the rubies within the cylinder, which act as bridges as it was absolutely necessary to adjust these bridges to a structure, perfectly conjoining the axes perpendicular to each other in order to give maximum rigidity to its movement. This association of materials, such as the rubies for the bridges and stained mirrors.