The first single of the singer’s fifth studio album personifies the party-like atmosphere that existed in the studio during the recording of Avril’s latest record. A theme which perfectly reflects Avril’s rock pop personality and of the Ice-Watch brand, which is aimed at music fans all over the world.

The video features Lavigne in a fun party scene where the music is pumping and everyone is ready to rock. It only makes sense her red-coloured ICE watch joins the party. The Ice-Watch brand’s new minimalist and ultra-flexible line comes in a range of eye-popping colours, which are just as unforgettable as Lavigne’s lyrics to “Here’s To Never Growing Up”! 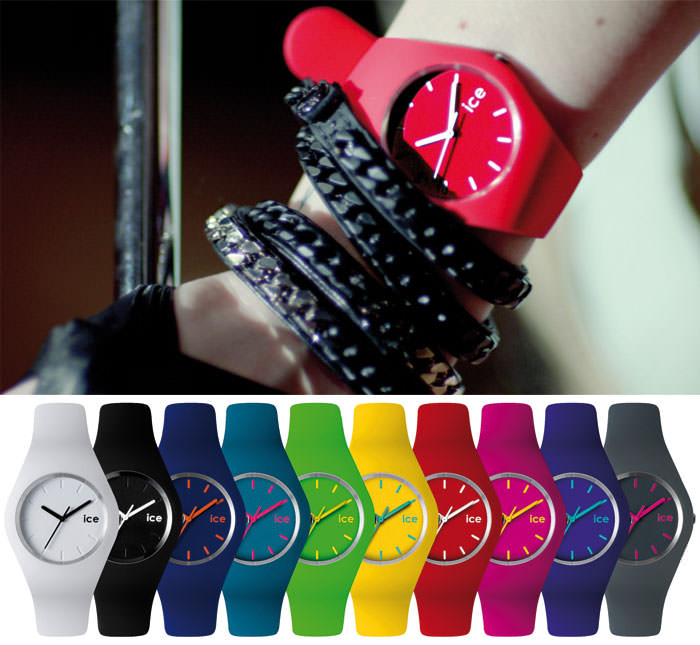 After its highly successful brand integration with such international stars as the Black Eyed Peas in their clip “Time”, David Guetta (the world-famous French DJ) or even the singer Katy Perry, the Ice-Watch brand continues its charm offensive with international celebrities. More recently it took advantage of the opportunity to partner with the Californian rock band, No Doubt as well as the American singer, Jason Derulo. More than ever, the Ice-Watch brand manages to be part of the videos of various musicians attracting an international audience thanks to its amazing visual presence.

Avril Lavigne, who hails from Ontario (Canada), has become the voice of a generation, selling more than 35 million albums worldwide, nominated for 8 Grammy Awards and the winner of 7 Canadian Juno Awards. Her breakthrough album, “Let Go”, featured smash singles “Complicated”, “Sk8r” and “I’m With You.” Her second album, 2004’s “Under My Skin”, debuted at no. 1 on the Billboard Top 200 chart. Avril’s third album “The Best Damn Thing” also debuted no.1 on the Billboard Top 200 chart and featured platinum hit “Girlfriend” whose video has over 200 million views on YouTube.