From 25 to 26 May 2013, the Société Nautique de Genève (SNG) welcomed the many visitors who had come to admire the majestic Decision 35 multihulls taking part in the Vulcain Trophy 2013. Despite the somewhat unfavourable weather conditions, the crews were able to take part in three regattas, which were packed with spectacle and dramatic tacks and gybes due to the highly unstable winds. In the end, Okalys-Corum came out on top, scooping first prize in the Grand Prix Les Ambassadeurs. Zen Too finished second, while Ylliam-Comptoir Immobilier put in a fine performance to take third place on the podium. 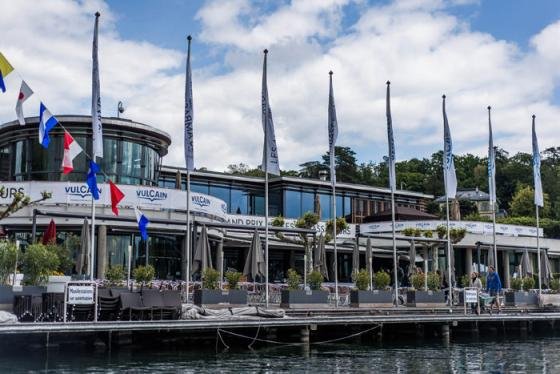 Joachim Ziegler, CEO of the Les Ambassadeurs Group, presented the trophies to the successful crews at the awards ceremony, where he also took the opportunity to thank his colleagues from the Geneva boutique: “Team spirit is just as important for our teams as it is for the yachtsmen we have been able to admire in action this weekend. Solidarity, communication and coordination are essential, both on board a boat and in a boutique. I’d like to take this opportunity to thank my team in Geneva, who have been in attendance for the last two days alongside our guests, for their commitment and professionalism. A big thank you also goes to our customers, partners and friends who followed our invitation.”

A complete infrastructure was set up on site to ensure visitors could follow the action of the regattas in the most favourable conditions. From spectator boats, which allowed guests a close-up view of the races, to tents erected in the private SNG area, there was something to suit every taste. Things were no less exciting on dry land, thanks to Wilfried Opalinski, a watchmaker at Vulcain, who shared his passion with guests and was more than happy to answer their questions. The Nautical Seventies in particular, a limited edition created by Vulcain for the Vulcain Trophy 2013, attracted many admirers. The model will be available in Les Ambassadeurs boutiques in Geneva, Zurich, Lugano and St. Moritz. 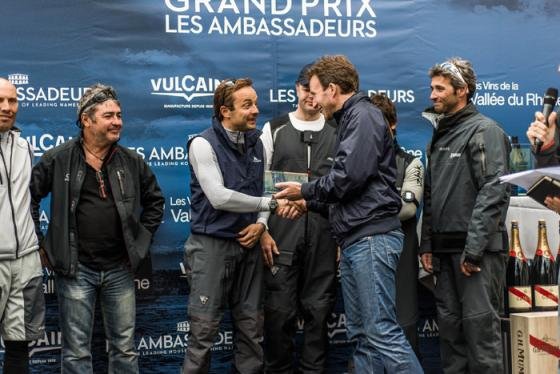 The next stage of the Vulcain Trophy will take place on 8 June. The competition remains very open and has plenty more surprises in store. May the best crew win!