Bremont Watch Company has been announced as overall national winner of Global Connections 2013 – an HSBC initiative to find the UK’s most innovative and forward thinking companies.

The brand was announced as joint winner of the prestigious award along with London based Brompton Bicycles last night at the awards ceremony, which took place in Loch Lomond, Scotland. They were selected from thousands of entries across the UK to become one of 10 regional winners invited to attend the UK National Final event where the winners were decided and announced.

It was the first time in the history of HSBC Global Connections that two businesses have held joint first position. 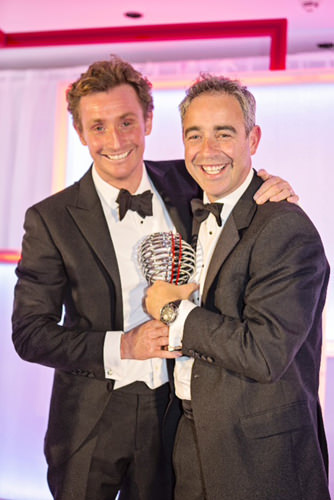 “We’ve spent a lot of time with the other finalists and they are all amazing companies so to be chosen as the winners is a huge honour. I am so proud for everyone involved in the business and it will mean a huge amount to them all. For someone outside the business to recognise that we’re doing the right thing is a great boost,” said Bremont co-founder Giles English.