John Arnold and, later, his son John Roger established towering reputations for the innovation and state-of-the-art technology that went into their timepieces. But from the start, the intricacy and exquisite workmanship of their movements was mirrored in the purely decorative elements of their timepieces. The foundations of John Arnold’s reputation were laid when he presented his elaborately ornamented half-quarter repeater ring to George III. Among his work were pocket watches with hand-engraved movements and champlevé enamel cases. Even his marine chronometers had hand-engraved balance cocks with the floral motifs typical of the English style. 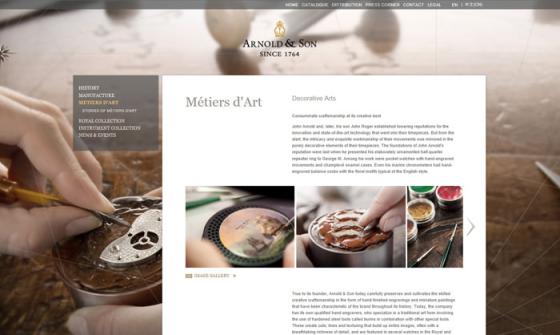 True to its founder, Arnold & Son today carefully preserves and cultivates the skilled creative craftsmanship in the form of hand-finished engravings and miniature paintings that have been characteristic of the brand throughout its history. Today, the company has its own qualified hand-engravers, who specialize in a traditional art form involving the use of hardened steel tools called burins in combination with other special tools. These create cuts, lines and texturing that build up entire images, often with a breathtaking richness of detail, and are featured in several watches in the Royal and Instrument collections, either on the dial or as exquisite details on the movement itself. Examples include the HMS Victory set featuring three scenes of the renowned HMS Victory battleship, the TE8, which has a spectacular entirely hand-engraved movement with unique motif, the HMS Lady, which has also an entirely hand-engraved movement with English-style floral motifs and the UTTE in the Instrument collection with its hand-engraved tourbillon bridge. 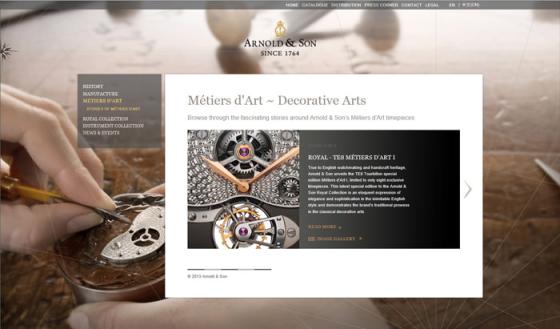 Further evidence of the brand’s commitment to traditional craftsmanship is furnished by the delicate hand-finished miniature paintings featured on the Hornet James Cook set and depicting scenes from the famous explorer’s three voyages, or the filigree East India Company set, where the hand-finished miniatures stand out almost transparently against the mother-of-pearl background.