The New York four-piece, currently on a UK tour, have had two No. 1 US albums and a Grammy nomination. Their best-known track ‘A-Punk’ was fourth on Rolling Stone Magazine’s Rock List. They have played the main stage at Glastonbury, headlined Benicassim, had Jake Gyllenhaal star in one of their videos, performed on top US show Saturday Night Live an impressive three times and made chart history by becoming the first independent rock band to top the US charts with two consecutive albums - all in addition to smashing the previous record for first week vinyl sales. Most recently, Time Out London magazine picked Vampire Weekend as one of their eight ‘Sounds of the summer’ for 2013. 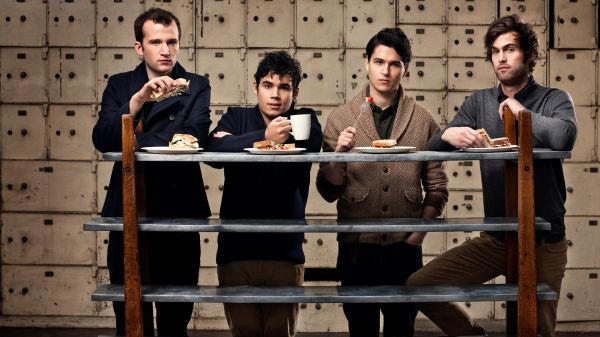 “We are delighted that Vampire Weekend today have been announced as the receivers of the Raymond Weil International Artist Award. Over the past ten years, Raymond Weil has supported the International Artist Awards, which has been received by the likes of Kylie Minogue, Michael Bublé, Swedish House Mafia, Kelis, John Legend, Foo Fighters, George Benson and Bob Geldof in past years. We are proud and extremely honoured to be collaborated with Nordoff Robbins and have witnessed the relentless efforts to transform lives through music therapy” – Says Elie Bernheim, Director – Raymond Weil.

“With their unique sound and cult following, Vampire Weekend have made a real name for themselves not just in America but around the world. They truly are one of the must-see bands on the international circuit and a worthy winner of the Raymond Weil International” - Says David Munns, Nordoff Robbins Chairman.

The annual Nordoff Robbins O2 Silver Clef Awards and Lunch, which began in 1976, is now the jewel in the charity’s fundraising crown and a highlight of the UK music industry’s calendar. Sponsored by O2 for the past 10 years, and now in its 38th year, the event has raised over £8 million for Nordoff Robbins since its inception. Last year’s winners included Kylie Minogue, Jessie J, Emeli Sandé, Michael Bublé, Andrew Lloyd Webber, Conor Maynard, Fatboy Slim and Laura Wright. Honourees in previous years include The Who (awarded the very first Silver Clef Award in 1976), Elton John, Pink Floyd, Paul McCartney, Sting, Take That, Muse and many more.