With this sponsorship and the new role as EVZ’s “Official Timekeeper”, Gc intends to further promote and establish the presence of the Swiss Made watch brand in the national market. “We are proud to be present in Zug and we want to play an active role in the business life and community of the city,” explains Alan Stone-Wigg, COO of Sequel AG. 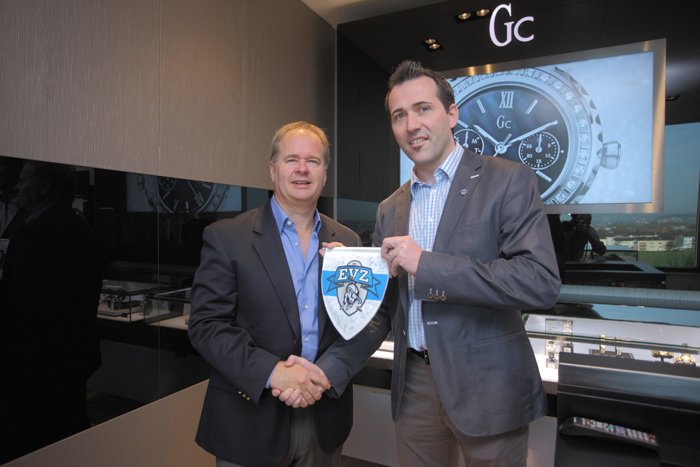 Sequel AG, the license holder for the Gc and Guess brands, has its international headquarters in the Uptown Building right next to the Bossard Arena, home of EVZ. The Zug-based company operates internationally and is one of the leading producers of fashion watches (GUESS) as well as high-quality Swiss Made timepieces (Gc). At present the company has a staff of 25 at its head office in Zug with an ongoing growth.

At EV Zug, Gc advertising will be placed on the boards in the TV and VIP areas, the countdown clock on the video display and the club website, as well as on product presentations in the VIP sector. In addition, EVZ players will be available as “Gc ambassadors”. The Gc watch collection is on sale at Bruno Iten, Uhren & Schmuck AG, in Zug’s Metalli shopping center. 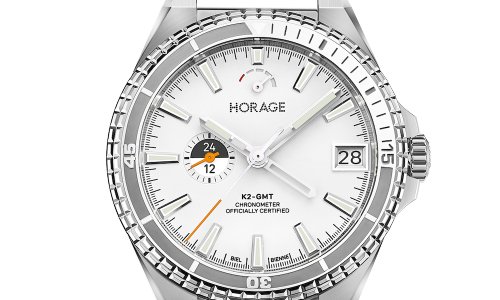