Following the successful relaunch of the Solstice collection in an entirely new case design at BaselWorld 2013, Bentley adds a new chronograph model to its 2014 Solstice Collection. The cushion shaped Solstice model reflects Bentley’s designer’s artful interpretation of light and darkness, the original design concept being inspired by the winter solstice occurring over Switzerland’s Monte Rosa peak. 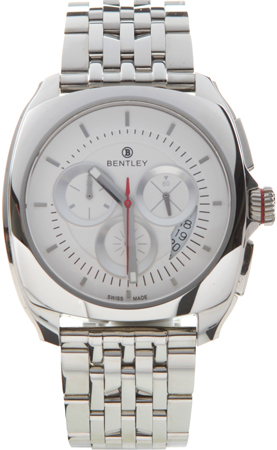