Rotary watches have announced that Chelsea FC’s famous midfielder, Frank Lampard, will be their brand ambassador for the first season of their sponsorship as Global Official Timekeeper of Chelsea FC.

Lampard has been selected as Rotary’s ambassador after becoming the club’s all-time top scorer, with 12 glorious years at Stamford Bridge producing crucial goals in the league, FA Cup and Champions League, added to a record-breaking sequence of consecutive appearances and more than 100 England caps. He has been both the man for the big occasion, and for the week-in, week-out dedication that is the bedrock of genuine achievement. 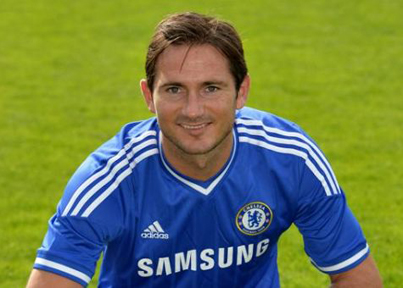 “I am delighted to become Chelsea’s brand ambassador for Rotary, a world-renowned company with a fantastic reputation for quality. This is a huge year for Chelsea and England and it is pleasing to know Rotary are on our side.” Frank Lampard.

“We are extremely proud that Frank Lampard has agreed to become our brand ambassador for the first season of sponsorship. Frank is without doubt a world class footballer and incredible team player not only for Chelsea FC but also on the world stage playing for England. This allied to his love of watches makes Frank a great ambassador for Rotary,” says Victoria Campbell, Chief Executive of Rotary.