Hot on the heels of announcing the renewal of the Los Angeles Kings partnership, Graham is pleased to welcome a new brand ambassador, a Hall of Fame player and current club President, Luc Robitaille. 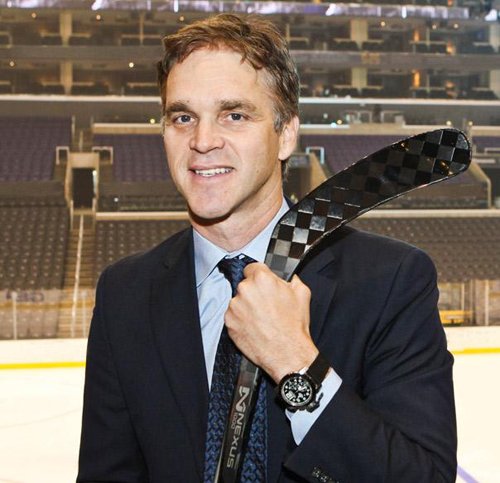 An exemplary sportsman, leader in his field, Robitaille is undeniably the perfect match for Graham. Known for his fourteen seasons, over three different stints, with the Kings, the Hockey Hall of Famer was presented by Graham with his Chronofighter Oversize LA Kings. The limited edition watch is highlighted with the LA Kings iconic team colours of silver, black and white and features the renowned GRAHAM signature, the start and stop lever on the left of the case. It is made of the same plain carbon material as carbon fibre NHL hockey sticks. It results from a very specific Swiss-made machining process. 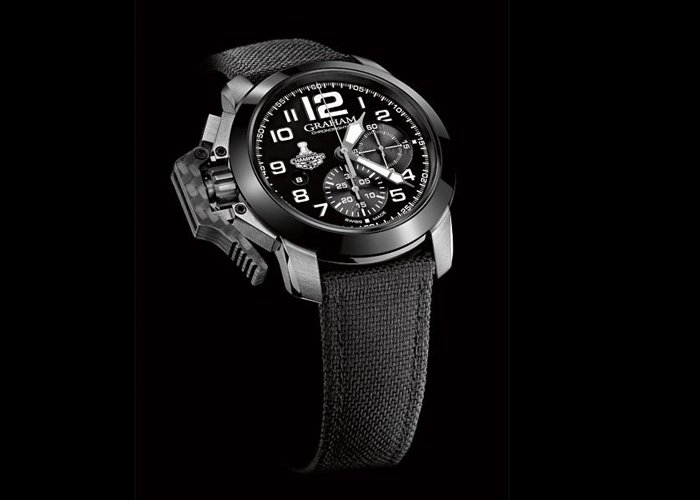 Robitaille, the eight time All-Star, retired in 2006 as the highest-scoring left winger in NHL history, as well as the holder of several Kings franchise records, and numerous Kings playoff records ranked alongside Wayne Gretzky and Marcel Dionne. In 2007, Robitaille’s playing career was honor grew when the Kings retired his number during a pre-game ceremony. In 2012 he won a Stanley Cup Championship in his current role as President of business operations for the LA Kings. On or off the ice, the esteemed athlete maintains his role model persona and lifetime success of achievements.